If you are an active investor, you must be well aware that stock markets across the globe have been wobbling for weeks now. The reason is pretty much clear – fears of rising interest rates and increasing bond yields – which have frequently sparked a sell-off in technology stocks since the start of 2022.

The most recent market sell-off was triggered by the Federal Reserve’s indication of an interest rate hike as soon as March 2022 to battle high inflation. The central bank sees it appropriate to increase interest rates in the coming months amid strong labour market conditions and heightened inflationary pressures.

But the question is – Why stock markets are worried over the Fed’s plans to raise interest rates?

Let us try to understand this. Apple, Microsoft, Tesla and many other high-cap, mid-cap and small-cap stocks gave high returns in 2021. Apple rose from nearly $130 per share to nearly $175 between January 1 and December 31 last year. This is a no mean feat.

At the same time, inflation was very high last year in almost all economies, developed or emerging. The energy crisis in the UK or car prices in Canada and Australia, everything made news headlines. In such a case, equities could have been the best hedge against inflation. 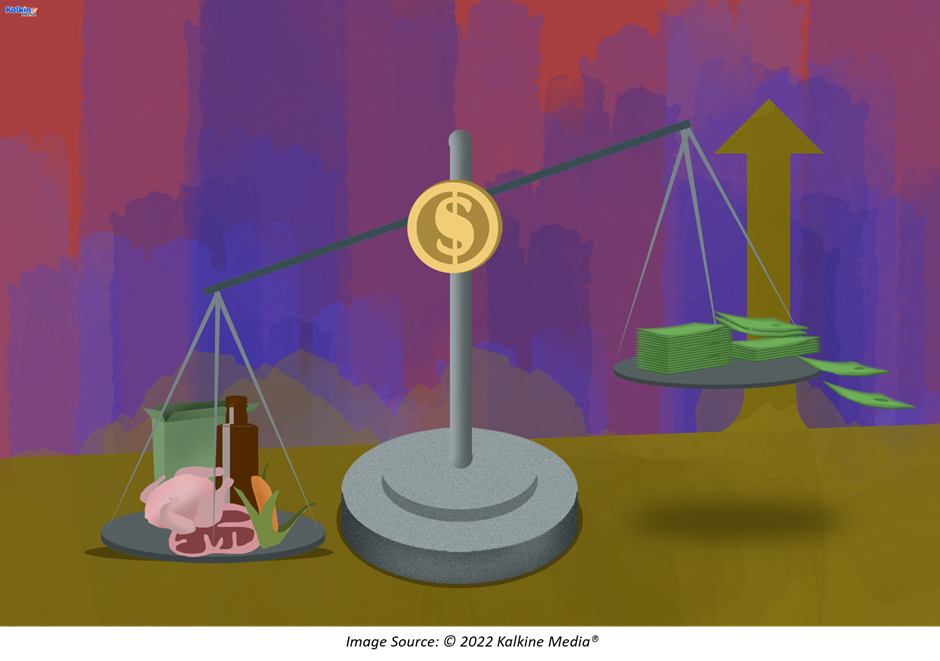 But this sounds feasible only until the central banks delay raising rates in light of rising prices. Most analysts were sure the Fed and other central banks may not hike rates last year due to their supporting economic stance against the pandemic shock. Central banks were buying bonds at an unprecedented pace and had kept interest rates at a near-zero level because they wanted to stimulate demand by maintaining liquidity.

Only high demand for goods and services can translate into job creation. Every economy wanted it after having lost jobs after the pandemic shock. And high demand wants liquidity and money.

Do Not Miss: What impact does interest rate hike have on stock markets?

In almost every policy meeting last year, the Fed did acknowledge high inflation, but at the same time, it also reassured people against any rate hikes. This is what made investors sure that no rate hike was coming in 2021, and hence equities had inflows despite high inflation.

But now, rate hike fears are looming, which is why equities and other riskier assets are undergoing correction. And hence, investors are no longer considering equities as a hedge against inflation.

Let us now discuss how Fed’s stance on interest rates will impact global markets and influence other central banks.

Investors are worried that the Fed’s policy changes (possibility of an interest rate hike) might quickly slow down the economic recovery amidst the ongoing coronavirus concerns. When the central bank increases the interest rate, it tends to make borrowing more expensive for businesses and consumers, decelerating the pace of the economic revival. 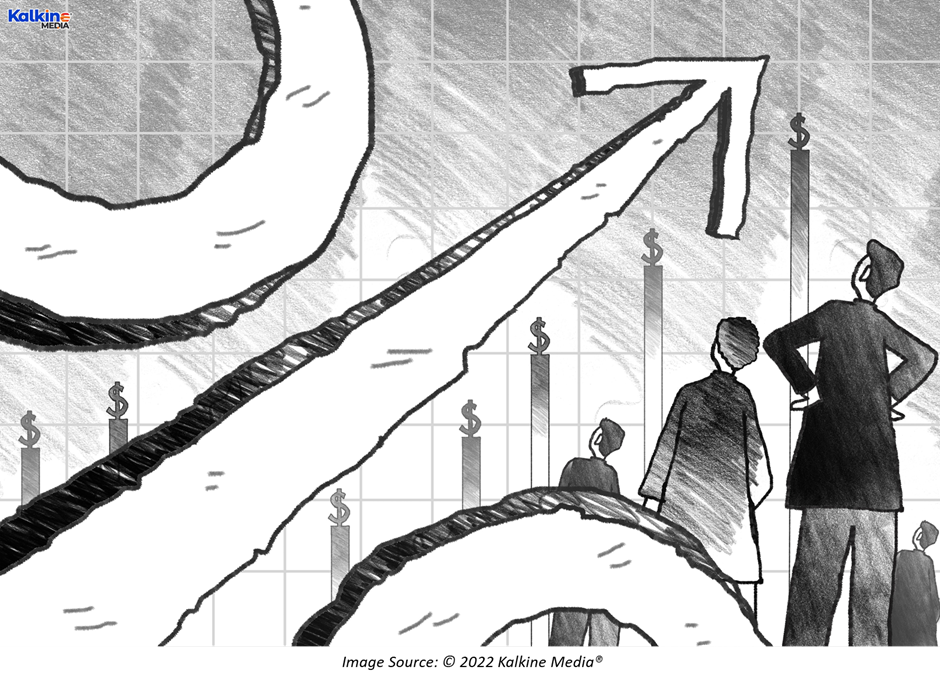 Meanwhile, a possible rise in interest rates could hurt stock prices, urging investors to move away from riskier holdings. In 2020 and 2021, easy monetary policies injected liquidity into the market, providing strong support to equities. However, now the Fed is planning to shrink the supply of money into the market, which could discourage spending and elevate borrowing costs, ultimately weighing on the company’s earnings and stock prices.

In the past, it has also been seen that an increase in interest rates is not a favourable scenario for gold prices. Rising interest rates usually boost the opportunity cost of holding gold amidst increased competition from the higher-yielding investments.

We can also recall that gold prices increased to their all-time high in 2020 when global central banks embraced record-low interest rates. In 2021, reducing risks from the pandemic prompted investors to shift away from safe-haven assets. Meanwhile, some countries, including Russia and Brazil, adopted rate hikes to tame inflation. 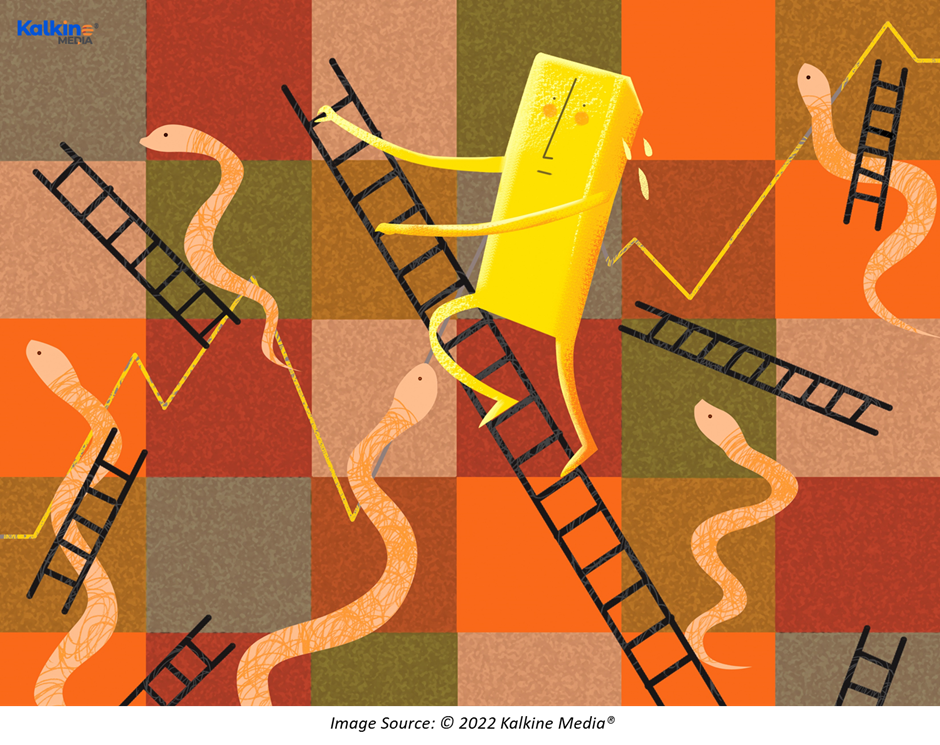 In case the Fed increases interest rates in March this year, one can expect other central banks to follow suit. Especially, developing economies face the risk of observing big falls in their currencies if they do not follow the US central bank in raising rates. This is because an increase in interest rates can make the greenback stronger while increasing import prices for developing economies.

Although advanced economies may not shift in that direction so decisively, those witnessing high inflation and decent economic growth could eventually contract monetary policy. Meanwhile, Fed’s decision could also influence the US trading partners to trim the monumental support provided through the pandemic.

Must Read: Which sectors gain from rising interest rates?

In Australia, speculations are rife that the Reserve Bank of Australia (RBA) could embrace interest rate hikes sooner than expected. National Australia Bank Limited (ASX:NAB) expects the central bank to increase interest rates in November 2022, with subsequent hikes in December this year and February 2023. Strong labour market performance and record-high inflation have prompted the bank to predict earlier-than-expected rate hikes.

All in all, the Fed’s decision to increase interest rates could create a ripple effect on most of the economies, urging them to raise rates. Meanwhile, the move might not rule in favour of stocks amidst the increased cost of borrowing for businesses. However, it will be interesting to see how the economic recovery will take shape when the pandemic-era stimulus is withdrawn despite Omicron fears.

Also Read: Will RBA follow the US Fed & hike rates?