The Australian market is beholding a robust growth in the Fintech sector as the start-ups continue to roll up vehemently owing to the current technological readiness of the consumers. Fintech opens multiple avenues for different segments ranging from entrepreneurs to the consumers by offering a multitude of financial solutions that satisfy diverse needs.

The lucrative prospects promised by the Australian Fintech market has bolstered the growth of venture capital firms by 150% since 2014.

The changing consumer trends and the drift towards the digitalised infrastructure have together catalysed Fintech stocks in Australia.

Wisr, one of Australia’s prominent Fintech stocks and Australia’s first neo-lender, has performed outstandingly over the past few weeks showing robust and sturdy performance in the first month of the year 2020. The share price of the pioneer fintech firm has skyrocketed throughout January, acknowledging the growth of ~68% in the month.

The stock has generated a total return of 124% in three months.

The growth trend witnessed by the fintech pioneer Wisr complements the second quarterly announcements made by the company. Wisr Limited, in its 3-months update ending December 31, 2019, announced the addition in the new loans by $31.6 million, indicating the growth of 36% from the previous quarter.

Based on the asset-light model driving most of the start-ups, the loan capacity is the primary determinant for Wisr to carry out its business functions. Committed towards the enhancement of the financial wellness of the Australians, Wisr offers app-based lending and borrowing facility to the Australian consumers. Thus, the announcement about the considerable increase in the loan originations to $163.8 million augment the existing position of the firm in the capital-lending market.

Wisr recently raised $33.5 million via the placement of 181 million ordinary shares at the issue price of 18.5c that the company would issue through two settlement Tranches. The first Tranche, consisting of 92 million shares, would be released on February 12, 2020, while the issue date of the second Tranche comprising of 89 million shares would be sought following the shareholder meeting to be held in March.

In addition, the Company has plans to carry out a Share Purchase Plan with a cap of $1.5 million.

While the company’s announcement about the placement of the shares, at a 15.9% discount on the 5-day weighted average price of the Company’s shares leading up to 13 January 2020, resulted in the slight drop of the shares, Wisr shares were quick to regain its burgeoning impetus with the restoration of the positive sentiments of the investors.

The alignment of the app-based service with the immediate credit management needs of the Australian consumers could be one of the probable reasons for the prompt recovery of the shares.

The app-based convenient financial solutions provided by Wisr allows the consumers to manage their microfinance and enhance their credit rating.

The high amount of personal as well as household debt is currently plaguing the Australian consumers and affecting their spending. Michele Bullock, Assistant Governor at the Reserve Bank of Australia, expressed concerns regarding the ballooning debt-to-disposable income ratio in Australia, which is nearing 190 per cent. Bullock highlighted that such high debt ratio could negatively affect the financial stability of Australia.

Several initiatives launched concerning Wisr ecosystem, coupled with the escalation in the number of app downloads reaching to 54,000 (as on 31 December 2019), has altogether assisted in augmenting the popularity of the Wisr. 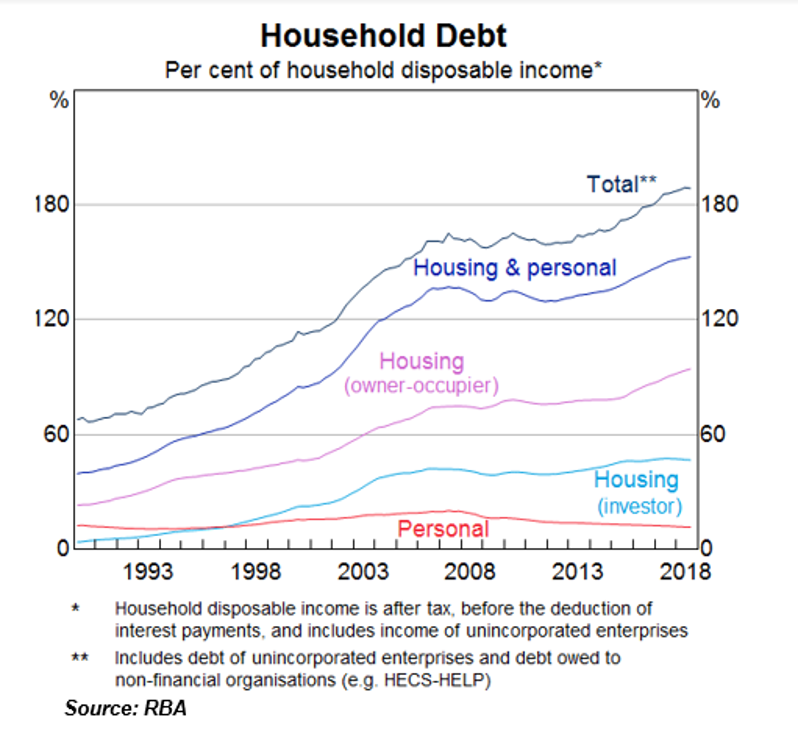 Are the other Fintech Stocks performing equally well?

The shifting inclination of the Australian consumers towards the personal finance managing Fintech platforms is often seen as the primary contributor to the popularity of Wisr.

Moreover, the array of solutions offered by Wisr are directed at promoting the financial constitution of the Australian consumers. Moreover, the accelerated movement through which the company appears to be dominating the Australian Fintech market can be more ascribed to the overwhelming performance and strategic decisions of the company.

Comparing against the key competitors, Wisr has performed relatively well in the Australian Market.

Despite the increasing popularity of the fintech in Australia, the share price of ClearView Wealth Limited (ASX:CVW) has significantly tumbled from $0.9 on January 1, 2019, to $0.475 on December 31, 2019. The new year did not any bring glad tidings to CVW, which further recorded the slump of 11.46 per cent in its share price in January.

Similarly, Tower Limited (ASX:TWR) is also registering poor stock performance in the new year with the market price down by 3.62% in the first month.

While Auswide Bank Ltd (ASX:ABA) has managed to avoid the price dip in the beginning month, its share price increment of 1.5% appears insignificant in the face of the gigantic growth rate of 68.25% witnessed by Wisr.

The improvement in the credit quality of Wisr in the year 2019 is a crucial driver for the extensive growth rate observed. The second quarterly update for FY20 highlights that the delinquency rate had dropped from around 2% in December 2018 to 1.51% in December 2019.

The company being operative in the business of offering loans to consumers typically requires high credit quality to sustain the business. The improvements in the delinquency rate over the year positively affect the sentiments of the investors building positive prospects for the company.

The former General Manager of CBA, Joanne Edwards being assigned the designation of Chief Risk and Data Officer in Wisr and the reappointment of Anthony Nantes as CEO with the additional three-years contract comes as a positive prospect.

The secured vehicle finance launched in Q1FY20 is expected to generate higher revenue in the Q3FY20 and Q4FY20 as the company plans on extensively distributing the product across the different channels.