Stocks of Procter & Gamble Company (NYSE: PG) and Colgate-Palmolive Company (NYSE: CL) began trending on Friday, July 29, following their quarterly earnings release. The surge in their stocks also came as the US Commerce Department reported that the country's consumer spending rose 1.1 per cent in June.

Another report released by the Commerce Department on Friday reportedly noted that the country's PCE price index rose one per cent in June, its highest monthly gain since 2005. On an annual basis, the PCE price index is said to have increased at a rate of 6.8 per cent, marking its largest increase since 1982.

PG stock fell more than six per cent to trade at US$ 138.71 at 11:20 am ET on July 29, after reporting its fourth-quarter financial results.

In the fourth quarter of fiscal 2022, Procter & Gamble reported net sales of US$ 19.5 billion, up three per cent from US$ 18.9 billion in the year-ago quarter.

The Cincinnati, Ohio-based consumer goods firm reported a five per cent increase in its GAAP net sales of US$ 80.2 billion in FY22, compared to that of US$ 76.1 billion in the prior year. 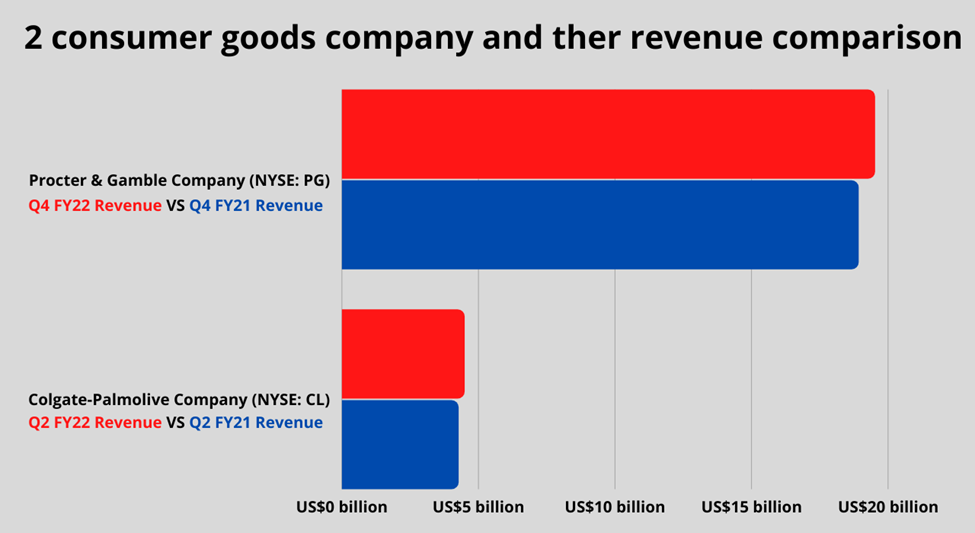 The Federal Reserve has raised the interest rates by two and a quarter per cent in total through March. In March, Fed announced a 25 basis point hike, following a 50 basis hike in May, and two consecutive hikes of 75 basis points in June and July.

Despite this effort, inflation has been at its peak in the US, fuelling concerns about recession. Hence, the investors should closely focus on the risk before exploring the market.