Chip shortages across the globe stopped many customers from purchasing next-generation games consoles, kitchen appliances, laptops, televisions, and smartwatches. According to a new report by Abobe, overall Black Friday sales of laptops, TVs, and consoles remained low due to the global chip shortage. Online buyers spent only about $8.9 billion in 2021, a decline from the previous year’s back Friday spending of $9 billion.

In the UK, however, during the Black Friday season, shoppers spent over 20% more compared to last year. 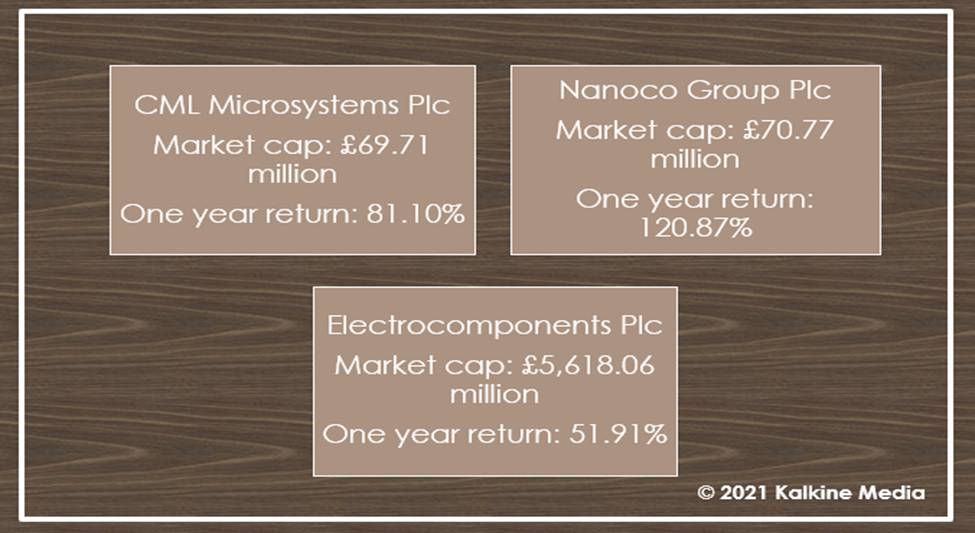 CML Microsystems is a developer of RF, mixed-signal, and microwave semiconductors for communications applications. In September this year, CML Microsystems moved from the standard segment of the London Stock Exchange to the AIM sub-market of the exchange.

Nanoco Group is engaged in the research and development, licensing and production of heavy-nanomaterials and Cadmium-free quantum dots, also known as CFQD® quantum dots, that are used in varied commercial applications. Recently, Nanoco Group inked a technology agreement with a Europe-based electronics company.

For H1 ended 30 September 2021, Electrocomponents declared an interim dividend of 6.4 pence per share to shareholders, which is a 5% increase from 6.1 pence per share in H1 2020.