Shoppers spending for the six weeks to Christmas in London is expected to cross £15 billion. According to a VoucherCodes report, the sales will be 4.6% higher than what it was during the same period in 2020. This would be an upside for retailers, as businesses were affected by the physical store shutdowns during the most of 2020.

As the retail industry in the capital gets back on track, recovering from the challenges brought on by the pandemic, the holiday season is expected to have a positive impact on businesses. Here is a detailed review of the investment prospect in three retail stocks – Next, JD Sports Fashion and Marks and Spencer Group. 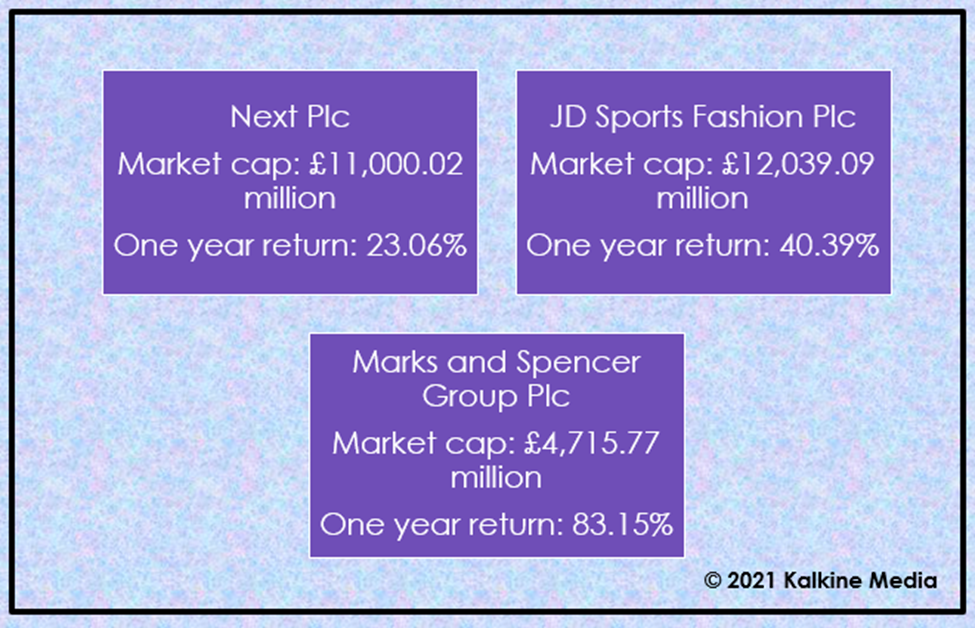 Next is a UK-based retailer of clothing, home products and footwear. It operates through 700 stores in the United Kingdom, Europe, Middle East and Asia. Its overall full-price sales, including online and retail, for the thirteen weeks to 30 October, were up 17.0% compared to the same period in 2019.

Next maintains its full-price sales guidance at 10% and full-year profit before tax at £800 million for Q4 2021.

JD Sports Fashion is a retailer and distributor of branded outdoor wear, fashionwear and sportswear. Recently, Britain’s antitrust regulator Competition and Markets Authority (CMA) ordered JD Sports Fashion to sell Footasylum, as it was found that the acquisition could affect competition. This was a major blow to the company’s plans to compete with other online players. In October, JD Sports completed the takeover of an 80% stake in Cosmos Sport S.A., which operates 60 stores in Greece and Cyprus.

Marks and Spencer Group is a multinational retailer of clothing, food and home products. Recently, Marks and Spencer collaborated with Costa Coffee to provide sandwiches and hot food to over 2,500 outlets. Apollo Global Management Inc., a private equity firm, announced that it has been considering a bid to take over M&S.