The low share price of the stocks attracts millions of investors who have limited funds but still want to invest in the equity markets. The investor aims to buy a large number of penny stock shares as their price is low with an ultimate aim to gain a high return on investment.

Investors seeking multibagger returns in penny stock need to invest in the company at the early stages of its growth. However, some penny stocks are used by scammers to inflate the stock price by spreading false rumors. Hence, investors need to be cautious and do proper due diligence before selecting penny stock for investment and hold the stock for a longer time horizon to capture potential upside gain. 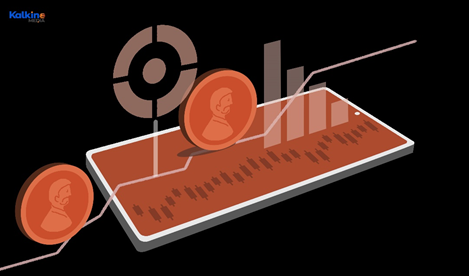 Let us look at 5 penny stocks that possess strong fundamental required for growth. These are not suggestions to buy or sell, but general ideas to consider after thorough analysis or after seeking professional advice.

The company designs, develop, and manufacture sustainable plant-based polymers used in everyday consumer products. The company generates 96% of its revenue from plant-based products and has recently received London Stock Exchange's Green Economy Mark, highlighting the companies that are driving the global green economy.

The company recently announced its commercial progress and informed that its overall revenue was up by 39% in the first five months of 2021 compared to the same period of 2020. The strong revenue growth was reported in the odour control and detergent segment. Also, the company’s balance sheet will be strengthened after the US Government’s decision to forgive the $0.2m loan of the company under the Paycheck Protection Program.

The company’s stock is listed on London Stock Exchange’s AIM index since 2007. It operates in the e-commerce payment platform and provides technology solutions in Malaysia. The company serves close to 2000 retail points and eight banks.

The company reported a 45.6% rise in revenue in 2020 at £246.7 million (2019: £169.4 million) and Profit before tax of £2.26 million. The company management has a positive outlook for the year ahead and anticipates the existing businesses in Malaysia to grow further.

Recently the company announced that it would use quantum cloud service from D-Wave Systems Inc. for cryptocurrency mining. Also, the company has reduced its Operating loss to £0.94 million (2019: £1.2 million) in 2020 and has Net Current Assets of £4.19 million.

Quantum Technologies, with a market cap of £8.30 million, has given over 235% returns to its shareholder in the last one year.

The company has recently announced that it is looking for business opportunities to invest in several sub-Saharan African countries and has decided to focus on the upstream asset in Angola, followed by the exploration in Namibia. The company plans to set up a new office in Angola and plans to participate in future licensing rounds by Angolan regulators.

The company reported revenue of £12.5 million and gross profit of £9.3 million for FY20. The company’s revenues were down compared to the pandemic free year of 2019. To survive the Covid-19 lockdown, the company had cut down director’s salaries and reduced non-essential expenditures. At present, the company management is optimistic about the future outlook, especially after the opening of all of its restaurants following the lifting of lockdown restrictions in May month.