Gas prices in the UK have been touching record highs, creating troubles for millions of Brits who are already struggling with the high cost of living. Europe has already been going through a gas crisis amid the conflict between Ukraine and Russia. The latter has threatened to cut the gas supply to European countries in response to the economic sanctions. While Russia's actions will not directly affect the UK, there will be knock-on effects. However, there is another problem that the UK is looking at right now.

UK gas prices hit a three-month high on Tuesday after Norwegian gas producer Equinor said that the oil fields on the country's continental shelf would halt production. The firm said it was compelled to take the decision after its workers went on a strike over pay. If the dispute escalates, gas supply to the UK might be completely stopped this weekend, Equinor has warned. 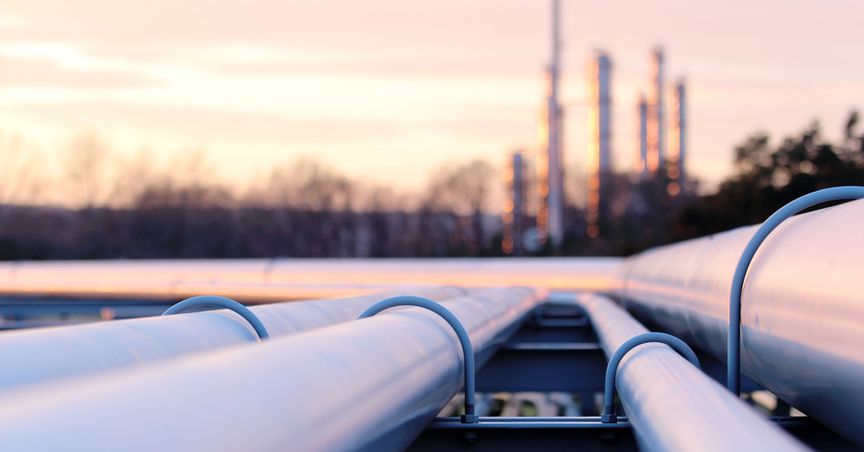 According to Norway's oil workers' union, Lederne, the strike at the three sites will affect about 333,000 oil-equivalent barrels on a daily basis. If the situation worsens further, it could affect more than 1 billion barrels a day by Saturday, which is approximately 60% of Norway's exports.

The strikes have put more pressure on the Norwegian gas supply following a cut in Russian gas coming into Europe. Due to the fears that Russia may completely cut off supplies to the region, European countries have scrambled to make alternative arrangements to have enough gas for the winters. The UK government, too, is in talks with energy firm Centrica to restore a mothballed gas storage facility.

Let's check out some London-listed gas stocks and how they reacted to the development.

The multinational energy provider owns British Gas, a leading energy supplier and in-home service provider in the UK. The company recently announced that it'll hire about 500 ex-forces personnel for engineering roles by 2023. With a market cap of £4,489.75 million, Centrica is a constituent of the FTSE 100 index. Its stock has provided a return of 43.72% to investors in the past 12 months. The earnings per share currently are at 0.21. Shares of the energy firm were trading at GBX 76.06, slightly up by 0.08% as of 8:06 am GMT+1 on 6 July.

SSE Plc is a multinational energy firm that generates and transmits electricity and also produces, stores, and supplies gas. The UK-based company is listed on the FTSE 100 index and has a market cap of £17,840.97 million. Its shares were trading 0.54% higher at GBX 1,680.00 as of 8:07 am GMT+1 on Wednesday. Over the past year, the share value has appreciated by 10.15%. The earnings per share currently stand at 2.87.

The specialist energy supplier offers commercial gas, electricity, and water solutions to UK businesses. Yu Group is listed on the FTSE AIM All-Share index and currently has a market cap of £31.48 million. Its last close was at GBX 190.00 on 5 July 2022.