SSE & Centrica (CNA): Should you buy these 2 stocks in the new year?

UK energy consumers are expected to face a big hit, which may lead some households to make ‘eat or heat’ decisions, according to UK’s consumer website Money Saving Expert’s founder, Martin Lewis.

Lewis added that 2022 is expected to be a very difficult year for people, anticipating that bills could rise by at least 50 per cent. This could prove to be unsustainable for many energy consumers. He, therefore, called on the government to intervene in order to avert a crisis in the sector.

It is worth mentioning here that several energy suppliers collapsed in 2021 owing to soaring energy prices.

A recent report by energy market research firm Cornwall Insights found that bills could rise by about 46 per cent to £1,865 per annum when the next price cap revision is released this year.

The government is expected to revise its energy price cap next month in February, which is expected to be passed on to consumer energy bills in April 2022.

Let us explore the investment prospects of 2 FTSE listed electricity stocks given this context:

Centrica is a UK-based international energy services group. It belongs to the FTSE 250 index.

Industry body Ofgem, set up the process in order to aid collapsed energy firms’ customers shift to other suppliers. 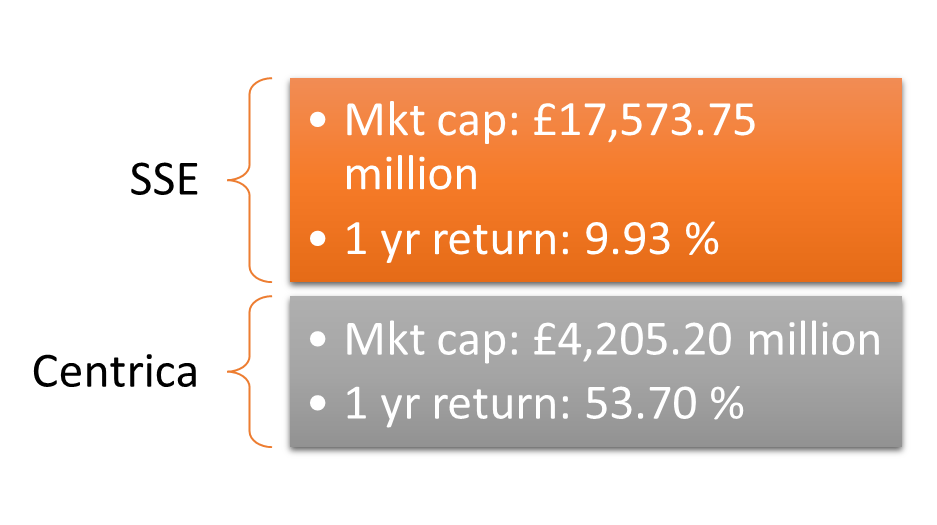 SSE is a Scotland headquartered multinational energy company. Its adjusted operating profit, for the 6 months to September 2021, was higher by 15 per cent to £376.8 million, up from £328.9 million in the year before.

Its adjusted earnings per share during the period rose by 44 per cent to 10.5 pence, from 7.3 pence in the previous year.