UK Secretary of State Elizabeth Truss has said clean growth as one of the key aspects for the UK Export Finance (UKEF) international trade priorities this year. The letter posted on the UK government website highlighted clean growth projects such as the offshore wind project in Taiwan and a solar plant project in Spain announced last year as a reference point for encouraging more trade in the renewable energy sector. The move comes much ahead of the COP26 UN Summit talks, which the UK will host in November.

Two firms based in the North West and East Anglia area won the Greater Changhua 1 Offshore Wind Farm contract for the project. The UKEF guaranteed financing of up to £200 million for the Taiwan project, bringing UKEF’s total financing up to £500 million for several offshore wind projects in Taiwan. 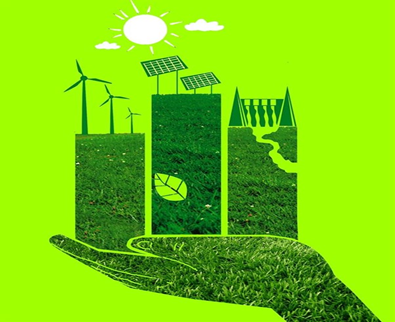 The company said the sale would be considered as an important reference point for further sales in the region. ITM has a partnership with Sumitomo Corporation, which began in 2018.

Also Read: What are the recent developments made by ITM Power on its world’s first Hydrogen Gigafactory?

The company said part of the proceeds will be used for investing in strengthening its core business, accelerate its technology development to maintain leadership in the sector. It also aims to use the capital to boost its R&D and manufacturing capabilities and several other areas. The capital raising was backed by engineering major Bosch and China-based engine manufacturer Weichai Power.

FTSE AIM All Share listed hydrogen technology company Powerhouse Energy, announced the placing of 41,888,183 existing ordinary shares through its broker, Turner Pope Investments (TPI) Limited, on 19 March. The ordinary shares worth 0.5 pence each had a placing price of 4.8 pence per share.

According to the company’s board, it has removed the potential of a share sale overhang due to the placing and will thus help strengthen the company’s long term and institutional shareholder base. The company has identified this as a key aspect of the company’s investor relations strategy.