Gold, since ancient time, has held its investment value, and the present pandemic like situation has raised its importance even more. Precious metal investment has long been considered a smart investment option to protect and grow their money.

The current price of gold on the London Metal Exchange (LME) is hovering at around $1782.40, before the scheduled testimony of the US Federal Reserve Chairman Jerome Powell, who is expected to speak on economic recovery and accelerated inflation which could give some indication about the interest rate hike. 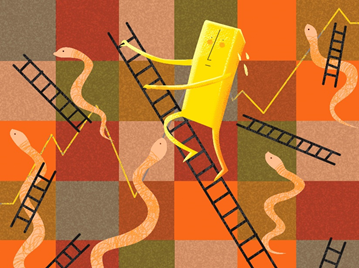 As the international gold prices are waiting to take a cue from Jerome Powell’s statement, let us take a look at two FTSE listed gold stocks, Chaarat Gold Holdings Ltd and SolGold Plc:

FTSE AIM-listed Chaarat Gold Holdings Ltd. operates as a gold mining company that owns and operates gold projects in Armenia, the Kyrgyz Republic and the Tulkubash. The company was founded in 2007 with a focus on disciplined organic growth and selective merger & acquisitions.

Under the new investment agreement, Chaarat Plc will retain 100% ownership of its two projects, Tulkubash and Kyzyltash. Çiftay will become a strategic investor at the company level, in which Chaarat has agreed to issue US$17.3 million in ordinary shares in three conditional tranches and a maximum cash consideration of US$25 million.

The new investment agreement is subject to the below conditions:

SolGold plc operates in the development and exploration of work-class copper and gold deposits. Its flagship project is in the Northern Ecuador region covering approximately 3,100km². Also, the company holds tenements in Australia and Solomon Islands.

The company has informed about the director dealing in the SolGold shares. A total of 300,000 shares were sold by the Mather Foundation Limited, which has Mr Nicholas Mather as Trustee Director, a Non-Executive Director of SolGold Plc.

The sale proceeds will be used for philanthropic and charitable donations and represent less than 0.5% of the total shareholdings associated with Mr Mather in SolGold.