GoCo Group plc (GOCO) based in Newport in Wales, United Kingdom. The company engages in running price and products comparison website, Gocompare.com. The company’s GoCompare.com online website services enable customers to compare the features and prices of various financial products, insurance policies, and energy tariffs. The company has a strength of around three hundred employees.

On July 25, 2019, GoCo Group plc announced that it has acquired ‘This Is The Big Deal Limited’, which trades as Look After My Bills (LAMB). The purchase consideration for the transaction consisted of £6.0 million upfront payment. The upfront payment financed through GoCo Group plc’s existing resources. GoCo Group plc would also pay another £ 2.5 million as non-contingent deferred consideration. Also, in the acquisition agreement, there is a provision for a further £ 4.0 million performance-based earn-out, leading to a maximum potential payment of £ 12.5 million. GoCo Group plc would finance the acquisition transaction from its existing cash flows and credit facilities. The acquired company, Look After My Bills (LAMB) operates an automated switching service much like weflip. It was inaugurated two years ago by Henry De Zoete and Will Hodson. Post the acquisition both Henry De Zoete and Will Hodson would continue to run the LAMB. 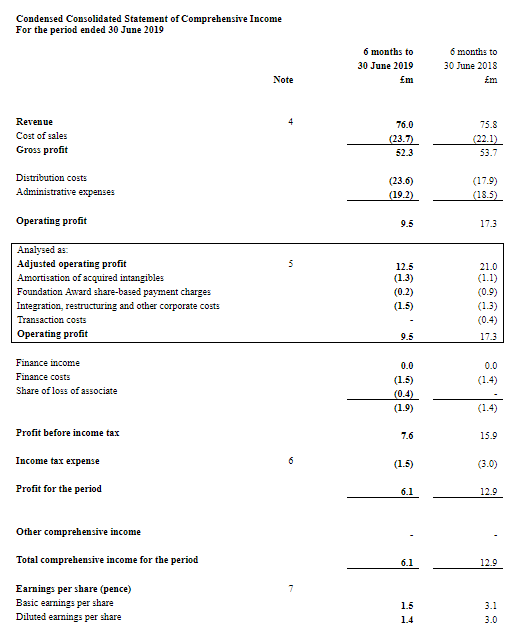 Branding and Acquisition Strategy: GoCo Group plc Alongside Look After My Bills (LAMB)

GoCo Group plc’s recent acquisition of ‘Look After My Bills’ ensured GoCo Group plc has in its pocket five brands. They are - GoCompare operating in the insurance market since 2006, assisting customers in making better-informed buying decisions. wetflip, the next brand taps the lucrative market for locating and automatically switching to cheaper and better energy deals for customers. Look After My Bills is an automated energy savings service which reduces customers’ gas and electricity bills. MyVoucherCodes provides an umbrella of discounts and offers from top brands to customers. Energylinx focuses on people looking for evaluating numerous energy tariffs for switching and comparison service domestically.

Together the five brands help the company create an umbrella to operate in the highly demanding market. In H2 FY 2019, the management is bullish upon car insurance switching market to drive growth. Also, with its recent acquisition of Look After My Bills alongside its existing brand weflip, GoCo Group plc is now one of the fastest-growing energy savings services in the United Kingdom with over 175,000 customers. It provides the company with the perfect place to move forward in H2 FY 2019 and deliver stakeholder value over the medium-term.

The GoCo Group plc management is planning to invest £4 million on marketing alongside £3 million in administration overhead during H2 FY 2019. The company also has plans in the anvil to increase customer count by at least a fourth before the end of H2 FY 2019.

Vodafone Plc (VOD) is a telecommunication company providing a range of services including mobile communication, fixed communication, unified communication, internet of things (IoT), cloud hosting and security & carrier services. The company is primarily operating in two geographies, Europe and AMAP (Africa, the Middle East and the Asia Pacific) which include 27 countries. To extend their reach beyond the companies they own, they have a partnership agreement with local operators in 40 countries. They are among the top five internet providers globally and one of the largest operators of submarine cables. The company is based in Newbury, the United Kingdom and was founded in 1984.

Vodafone Plc operates around the globe with operations in more than twenty-five nations. It also has partnership agreements with more than forty nations around the world alongside running in the fixed broadband space in approximately twenty countries. At the end of Q1 FY 2020 (period ending June 30, 2019) the company has almost 640 million customers in the mobile space. In the fixed broadband space, it has approximately 21 million customers and more than 14 million in the television domain.

Vodafone Plc reported weak revenue numbers for Q1 FY 2020, where revenue came in at ‎€ 10,653 million, down 2.3 per cent year over year. The downside reflects headwinds from foreign exchange. Revenue from European region in Q1 FY 2020 was down by 2.1 per cent year over year to € 7,792 million. Rest of the world revenue in Q1 FY 2020 fell 4.0 per cent year over year to € 2,547 million. In Q1 FY 2020, the muted performance came from downcast numbers in Spain and Italy. Performance in Italy and Spain impacted by increased competition. Also, overall performance was affected by changes in the regulatory space in South Africa. During March 2019, the country of South Africa unadopted bundle regulation. It however led to dwindling fortunes for Vodafone Plc in terms of the lower topline.

On July 26, 2019, Vodafone Plc declared that it had separated its tower assets. The assets would be used to form a new company under separate management. The new company is expected to be operational by May 2020. The new company christened TowerCo will own Europe's most extensive tower portfolio. The portfolio would comprise approximately 61,700 towers spread across ten countries, with 75 per cent of these sites in the major markets of Germany, Italy, Spain and the United Kingdom. As per internal company estimates, the new company is expected to fetch revenue and EBITDA of approximately € 1,700 million and € 900 million, respectively. On the flip side, the new company would require annual maintenance and capital expenditure investment of nearly € 200 million.

On July 24, 2019, Vodafone Plc and O2 Telefónica United Kingdom Limited announced that they have agreed to share 5G mobile equipment. The equipment includes the likes of radio antennas, on joint network sites across the United Kingdom. The agreement is valid over more than thirty of the big cities of the United Kingdom encompassing two thousand and seven hundred sites. Overall the new deal would entail the two parties to have their 5G network present in more than two thousand and seven hundred location across the whole breadth of United Kingdom spread across twenty-three of the big cities across the nation. At these sites, each party will install their radio equipment, fibre 'backhaul' connection and power supply.