As the market participants know, the outbreak of the COVID-19 impacted several industries as well as companies. The performance of several companies was impacted due to the impact of COVID-19 pandemic. However, now there are some sectors which could deliver decent performance. This company belongs to the technology sector and it has recently reported decent results for H1 FY 2022 in the challenging environment. The stock price of this company has encountered a rise of ~8.1% in the time span of just 1 week.

Smartpay Holdings Ltd (NZX: SPY)is a leading provider of full-service EFTPOS across Australia and New Zealand markets. It provides services to more than 30,000 merchants with around 37,000 EFTPOS terminals. In NZ, the company happens to be the leading direct connector of EFTPOS terminals to Paymark, which is the central electronic payment processing platform. 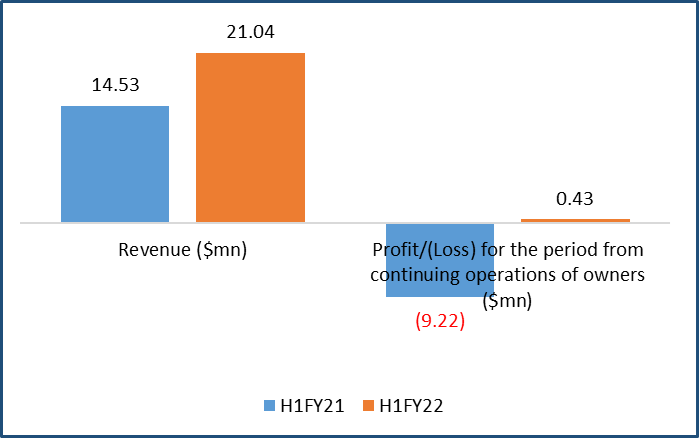 Do Read: Smartpay (NZX:SPY) What did it reveal in the trading update?

SPY, in its trading update for the December quarter, mentioned that Australian Acquiring revenues grew strongly during the third quarter ended 31 December 2021 of FY22. Gross Margin per transacting terminal improved during the quarter as it realised additional scale benefit from improved transactional processing costs as well as improved average revenue per customer. Further, the contribution from New Zealand revenue reported monthly increase owing to the impact of easing of trading restrictions into the Christmas period.

Also Read: How are 10 NZX technology stocks faring amid the pandemic?

The company has delivered robust result in Q3FY22 across entire reported metrics driven by the return to near normal trading conditions during the period in Australia and New Zealand along with the continuing growth in Australian acquiring customers.

Although the outbreak of Omicron in Australia has triggered certain disruption for its customers initially in 2022, the company is forecasting another positive quarter in Q4FY22 and a strong finish to FY22.

Driven by the continuing acceleration in its Australian customer acquisition along with a robust ‘bounce back’ effect witnessed in its Australian transacting terminal numbers and acquiring revenues in October, the company is eyeing at better operating leverage as well as a solid performance in H2FY22.

The company is optimistic about the execution against the strategic objectives as well as overall business performance in H1 FY 2022 amidst the challenging trading environment in both Australia as well as New Zealand.

Please Read: Which are the 11 popular software stocks on NZX?