NZX 50 was up on Tuesday by 0.2% at the time of writing. During the day, a wide range of stocks gathered momentum. However, small- priced stocks are also giving a good growth to the investors intraday.

It would be worthwhile to look at some penny stocks as they are delivering good growth. Let’s look at these less-than-$1 stocks that have performed well.

Good Spirits Hospitality Limited (NZX: GSH) announced on Tuesday that it would not proceed with the acquisition of three hospitality venues in Wellington. After due diligence, GSH has cancelled the acquisition plan of the three venues. Chairman of GSH, Duncan Makeig, said that the Group was not proceeding with the buying out of these venues, but its overall strategy of buying out good venues will continue. 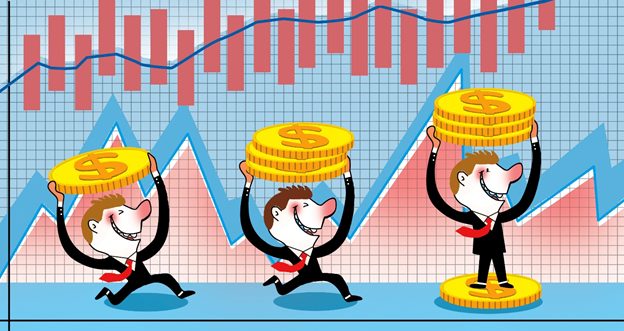 PYS announced on Tuesday that it had ended the last quarter of FY21 with growth in revenue through customer growth. In its quarterly update, it reported that the processing fee from customers grew 42% YOY. The Company saw a growth by 100 new clients this quarter, increasing the number of clients using PaySauce software to 3,377. The Company CEO said that the last quarter was very important for the product development and planning. The Company launched a crucial product, BNZ PayNow, which has been designed to tackle New Zealand’s payday lending problems.

The CEO said that the Company was closing the year in a good position to reach scales and grow.

MWE, known for its signature wines, was trading up on the NZX today. It recently announced that its sales revenues had grown by 19%. Even though there were disruption due to COVID-19, the economic rebound also led to increase in the Company’s profitability.

BLT announced that due to the coronavirus pandemic, footfalls had decreased for on-site shopping stores, but online shopping was showing an upward trend. In view of this, the Company is focused on its D2C e-commerce platform and digital marketing. Of late, it has launched its new product for the skincare segment under Unconditional Skincare Brand Co, which was always online. The Company plans to expand across geographies with its products.

With an aim to help its employees, NZR has announced a scheme called the share purchase scheme. NZR has floated 590,916 ordinary shares, worth NZS$ 1,001, valued at $0.4675 under this scheme. To ensure that it carries out the scheme properly, a trust has been formed to oversee the process.

MHJ is an international brand of jewelry.

In its half-year results for FY21, MHJ reported an increase of 82.1% in NPAT to NZ$39 M pcp, when it was NZ$21.4 M. EBIT was also up to NZ$58.9M, showing an increase of 66.9% PCP. Like other retail companies, MHJ also switched to online platforms. MJH is one of the Companies with small-priced stocks that gives dividend. It announced an interim dividend of AU 1.5 cps, which was paid on March 26.