Which 3 NZX REIT stocks to explore amid robust housing sales?

His speech laid emphasis on the RBNZ caring about the level and causes of house prices. The speech also contemplated on the solution towards promoting better functioning of the housing market, resulting in more sustainable house prices over a period.

On the given backdrop, let’s get acquainted with NZX-listed real estate stocks. 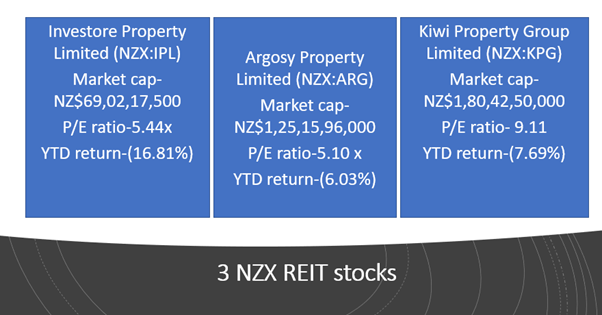 Involved with the commercial property ownership business, a few days ago, Investore Property Limited declared its half-year results for the period ended September.

During the HY22 period, profit before other income stood at NZ$15.4 million, surging up by NZ$3.2 million on pcp. Profit after income tax stood at NZ$56.9 million, NZ$34.1 million down on pcp.

The dividend for the period was declared at 1.975 cps with an imputation credit of 0.307375, which is payable by 1 December.

For the rest of FY22, the Company is likely to persist on its plan of targeted growth as and when prospects come up. It is further contemplating the issuance of bond in the FY22 period, coherent with the Company’s intention of proactively managing capital.

Related article; Investore (NZX:IPL): How did it perform in interim results?

Engaged with acquisition, the manager of a diversified portfolio and developer, Argosy Property Limited, would be releasing its 1H22 results for the cycle closed September this year on 23 November.

Argosy intends to conduct a conference call and webcast of half an hour during the result day.

In September, the Company conveyed that the strike price for the DRP, operating with regards to the dividend amount, which was paid on 29 September, was NZ$1.5979/share.

Also read; A win-win situation for both, Argosy’s DRP to help shareholders and the Company

The Company made an announcement last month, about six-month results for the period closed September to be released on 22 November through a webcast and conference call.

It was during October 2021, when the RBNZ boosted its OCR to 0.50%. Back then, the Monetary Policy Committee members observed the RBNZ’s evaluation of the unsustainable level of housing prices.