Fletcher Building Limited (NZX:FBU) (ASX:FBU) announced its FY21 financial results for the period till 30 June 2021. While the revenue stands at NZ$8,120, it has increased from NZ$7309 versus PCP. 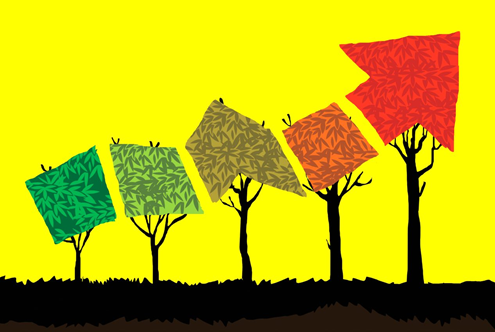 The EBIT was declared at NZ$669 million before significant items. It was further added that NPAT for the period was NZ$305 million. This is a significant upturn from NZ$196 million in the previous year due to COVID-19-related challenges.

Also read: Which are the five popular NZX-listed material stocks?

Don’t miss: Fletcher Building (NZX:FBU): Will it pass with flying colours in the upcoming results?

The Company has announced a final dividend of 18c per share, which has to be paid on 17 September 2021. This shall bring the FY21 full-year dividend at 30 cps.

Ross Taylor, the Chief Executive of the Company, was of the view that the strong results for the FY21 financial year were reflective of the strong body of work that the Company had worked upon for the past three years, in order to simplify the business and take it to a new height. He further added that the Company should grow from strength to strength depicting even better performance in the upcoming time.

Recently, there was a deal reached with Rocla for a value of AU$55 million.

The Company said it would continue to make specific investments in order to deliver on its plans. This is inclusive of operating and capital-related spending and focussing on areas like sustainability as a mission for the Company’s operations, maintaining investments and expanding digital capacities of the Company.

Read more: How would these 10 NZX stocks perform in their upcoming results?

In terms of the outlook for the year ahead, the Company said its pipeline projects should contribute towards further growth, particularly in the residential sector across different geographies. Even though the market remains uncertain to some level because of COVID-19-related challenges, there shall be constant monitoring of the situation done to ensure a smooth flow of operations.

Offering growth in most aspects, Fletcher Building Limited is well positioned for a favourable next year. It is looking to expand with a focus on new technologies while keeping in mind the core principles.