As per RBNZ’s analytical note released on 30 August, home loan borrowers would witness the most impact of OCR changes on mortgages rates in 6 months.

The central bank revealed in the note that an average 1% change in the OCR moves the average 2-year mortgage rate by 0.34% within a month. However, the transmission from monetary policy changes rises with time with a major impact on the mortgage rates about 6 months after OCR changes. 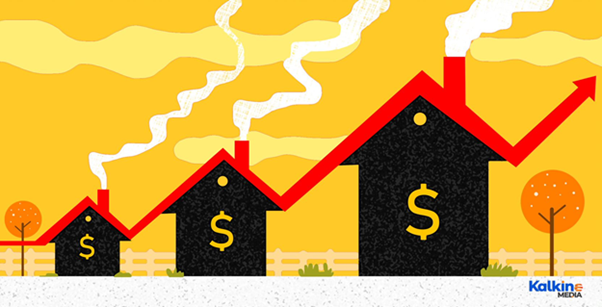 Amid this backdrop, let’s have a look at the performance of 5 NZX-listed real estate stocks.

Precinct Properties posted a strong result for FY21, showing its portfolio resilience in the year steering through the COVID-19 challenge. White net property income increased 27.9% to $124.4 million due to completion of several development projects in the year, adjusted funds from operations (AFFO) rose by 3.1% to $85.3 million reflecting demand for PCT’s premium-grade portfolio.

On 5 August, GMT announced that the main syndicated bank facility has been extended at competitive new margins and S&P Global Ratings have reaffirmed its credit rating at BBB/stable.

Argosy recently extended its bank facilities with the amount now at $455 million, down from $490 million previously, that are being offered by ANZ, BNZ, HSBC, CBA, and Westpac. The Group also announced a cash dividend of 1.6375cps for Q1 ended 30 June 2021, due to be paid on 29 September 2021.

Investore Property recently declared the acquisition of a property in Auckland for $36 million. The firm also divested its Dunedin-based property on 2 August.

The firm expects to pay an annual cash dividend of 7.9cps, assuming no further deterioration in the economic conditions due to COVID-19.

DO READ: 10 NZX dividend stocks to watch out for in September 2021

Market reports have stated that a relentless rise in house prices is likely to cool down next year. However, affordability could stay strained or aggravate in next few years.