Auckland International Airport (NZX:AIA): Is it on track to deliver robust results?

Related Read: Which are the top 10 transportation stocks in New Zealand?

It will release its FY21 results on 19 August, followed by a webcast for the analysts, as well as media.

All its stakeholders along with the market are curious to know if the Company has regained its lost trajectory and will deliver a solid performance for FY21. 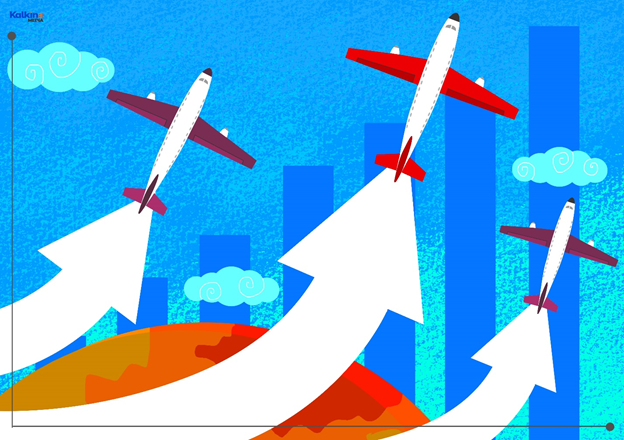 Lacklustre interim performance due to the pandemic

In its 1H FY21 results ended 31 December 2021, the Company saw a challenging time due to low passenger turnout because of the pandemic. AIA reported a revenue of NZ$131.5 million and PAT of NZ$28.1 million, which were down by 64.9% and 80.9%, respectively. It suffered a net loss after tax amounting to NZ$10.5 million.

As compared to the previous six-month period ended 31 December 2019, the total number of passengers declined to 2.8 million, down by 73.4%, i.e. domestic passengers dipped by 44.6% to 2.6 million, while international passengers (including transits) fell to just 187,003, down by 96.8%, during the said duration.

Moreover, the Company also saw a decline in its revenue from hotel operations.

To reposition itself, Auckland International Airport undertook numerous significant steps like reducing its core operating expenses and scaling back its key infrastructure expansion programme. Meanwhile, it continues to focus on improving its critical infrastructure assets like roads and runways.

However, with the successful stemming of the pandemic within its shores by the NZ government, the domestic travel market began showing signs of recovery, with domestic travel reaching 65% of the pre-pandemic level.

It is pointed out that while domestic travel was recovering, one segment of AIA which posted strong results was its commercial property business. Driven by rental growth, its revenue from commercial property rose by 2.4% to NZ$47 million, for the six months period ended 31 December 2020.

Moreover, the Company has many significant commercial developments in its pipeline, which would value more than NZ$223 million on completion.

Related Read: Why to consider investing in industrial stocks?

Opening of quarantine-free travel between Australia and Cook Islands

With the opening of the two-way travel bubble with Australia in April 2021,( which has been paused since 23 July for eight weeks), AIA got a boost as there was a surge in its international passengers, plus domestic travel also increased (including transits).

Moreover, international travel got a boost when the NZ government announced quarantine-free travel to the Cook Islands in May 2021.

AIA had recently provided a trading update, wherein it has stated that the recent community outbreaks in Australia and the prevailing uncertainties would undoubtedly impact its revenue, thereby expecting a loss after tax to be around $35 million and $55 million for FY21.

However, Auckland International Airport anticipates a steady recovery in early next year, as it anticipates a retail income between NZ$25 million to NZ$35 million in FY2022.

Also Read: Is Air New Zealand all set to regain its lost sheen?

With the ramping up of the vaccination programme in the coming months, AIA is anticipating a bounce in trans-Tasman traffic and a steady return of long-haul international travellers.