Ryman (NZX:RYM): How many retirement villages are in ANZ region?

Ryman Healthcare provides beautiful homes and the best of care for older people. The Group’s villages are constantly altering and being revived as new residents bring their outside interests and networks into villages with them.

Ryman supports the health, safety and wellbeing of over 6,100 team members and 12,500 residents. The Group has provided more than 8 million hours of care and services in 2020 and donated over $4 million to ANZ charity partners. 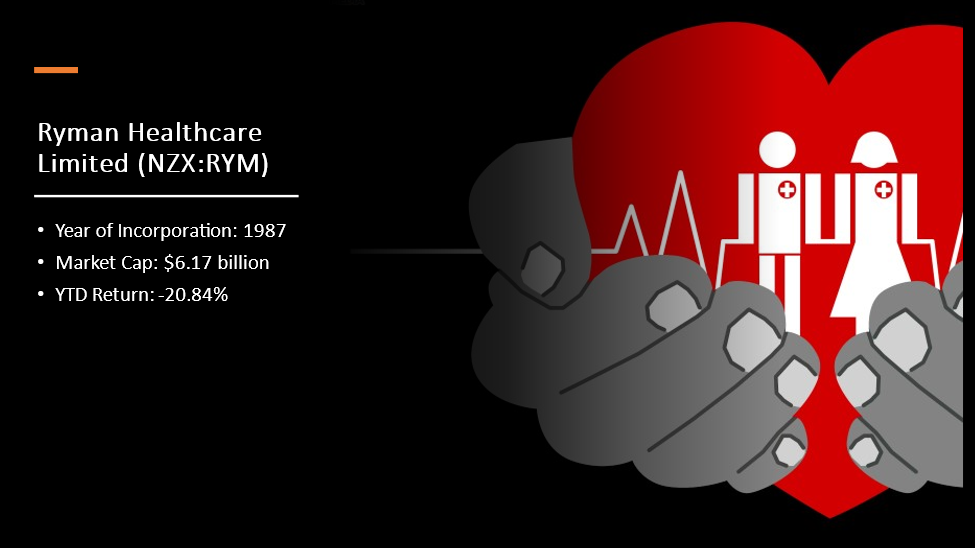 Ryman has a well-consented pipeline of villages, which gives it a great platform for growth.

Ryman witnessed a robust H1 FY22 with an increase in its profits due to strong demand from retirement living and aged care despite disruptions caused due to the COVID-19 pandemic.

ALSO READ: Which top 3 NZX stocks are trading under NZ$1?

The Group’s underlying profit rose 8.5% to $95.9 million in the 6 months to 30 September due to an increase of 53.5% in resale earnings, indicating better pricing and greater volumes. RYM’s resale margin also rose to 25% in the period.

At the end of H1 FY22, only 101 units were offered for resale. Total booked sales rose 21.8% to 703 units on pcp despite restrictions in two of its biggest markets, Auckland and Victoria.

RELATED READ: 5 fastest-growing NZX stocks to look at this year

Ryman began working on 3 new sites during this period - at Highett, Takapuna, in Auckland, and in Ringwood East in Melbourne. This takes total villages under construction to 15 and it has a further 11 sites in its land bank.

DO READ: Look at these 5 NZX-listed penny stocks for 2022

Ryman has also got consent for its village at Park Terrace in Christchurch. It has also bought an additional property at Ocean Grove and Essendon in Victoria to extend existing sites and welcomed residents to two new villages in Christchurch and Auckland.

Ryman has strong growth plans for the long term, which will increase its ability to cater to more communities through the retention of capital within its business.