Which are top 5 NZX financial stocks to explore in 2021?

The RBNZ informed on Monday that there was a myth that was spreading fast in Christchurch where genuine banknotes were being rejected and damaged with honest Cantabs being accused of passing counterfeits.

RBNZ’s Money and Cash Department executive Peter Northcote stated that people are being misinformed that a banknote is false if they scrap it using a coin and print comes out showing plastic. He noted that the information was false and was not one of its recommended ways to check a banknote.

Amid this backdrop, let’s see how these 5 NZX financial stocks are doing as 2021 nears its end. 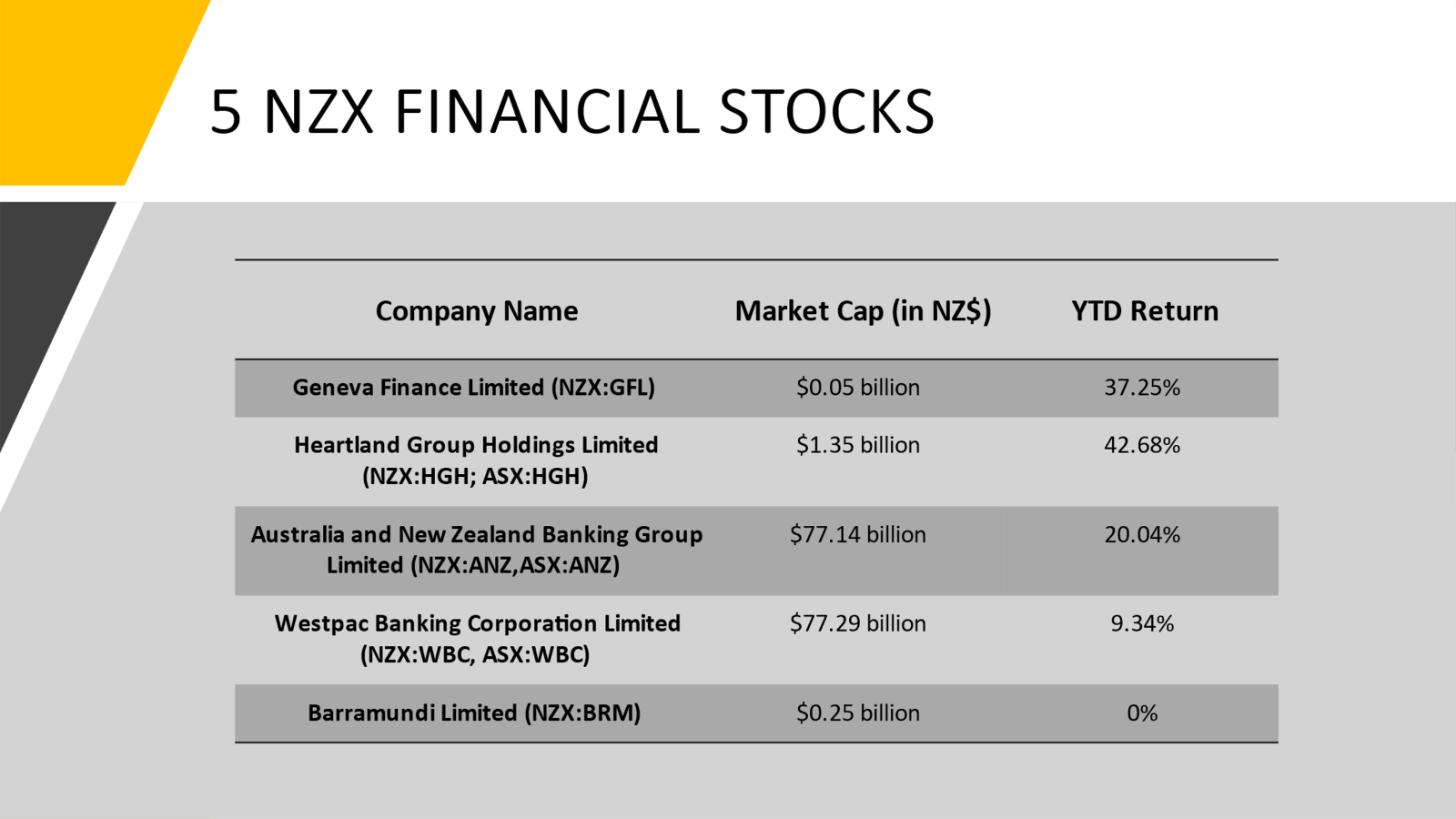 Geneve Finance made a pre-tax profit of $4 million in the first half of FY22, up 22% on previous year. The Group performed well in the first four months of the period, but lost steam after the shutdown in August.

GFL paid an interim dividend of 1.25cps on Tuesday. GFL is committed to growing profit margins and shareholder value.

DO READ: How are 5 NZ banks faring amid GDP drop in September quarter?

In coming year, HGH anticipates a profit of $93 million to $96 million.

ANZ successfully navigated the impact of COVID-19 and provided strong returns in FY21. It reported a 72% rise in statutory profit of $6.16 billion for the period on pcp, majorly due to partial reversal of COVID-19-related credit provisions. ANZ paid a total dividend of 142 cents for the full year.

ALSO READ: Which are 5 best NZX dividend stocks for 2022?

Westpac notified the market on Tuesday that its Westpac Capital Notes 4 (WCN4) would be eliminated from the Official Quotation by the close of trading on 21 December. The step comes after completing the redemption of 5,496,799 WCN 4 that were on issue.

BRM notified that its net asset worth was $0.8357 on 15 December 2021, with the five largest portfolio holdings being CSL, Wistech, Carsales.com, CBA and Seek.

ALSO READ: 2 NZ insurance companies that can be followed ahead of 2022

NZ’s financial industry is well positioned to face any turbulence that comes ahead.