Which are 4 NZX consumer stocks to be explored this year?

Generally speaking, consumer stocks refer to those companies which produce consumer-oriented products and fulfil the needs of the consumers.

That said, let us quickly glance at the four NZX-listed consumer stocks worth considering this year. 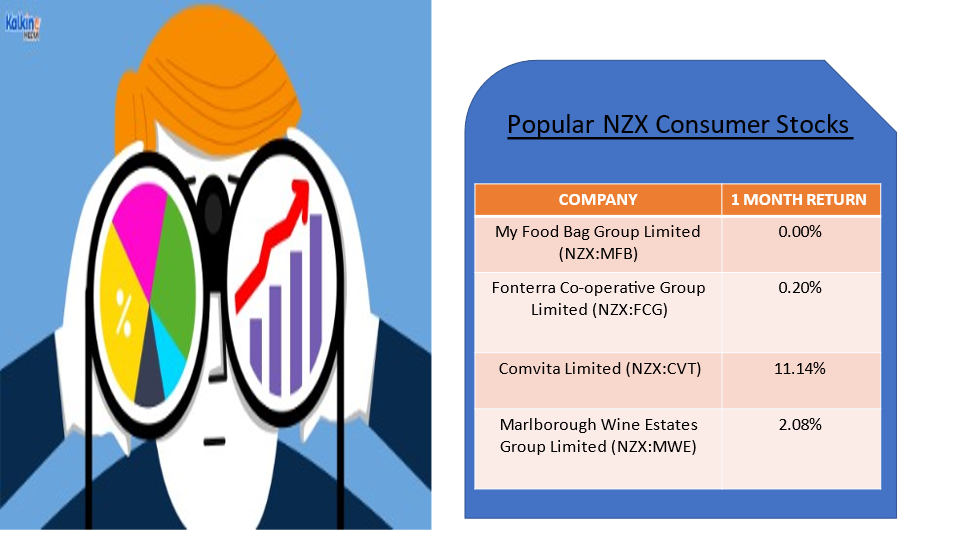 The online meal-kit provider has inducted Paul Kelly on its Board. He would assume the role of Chief Supply Chain Officer and would commence work w.e.f. 14 March onwards.

Related Read: Which 2 NZX food stocks can be considered amid inflation?

Fonterra Co-operative Group Limited has recently revised the forecasts of milk collections for the season pertaining to 2021/22.

Owing to the challenging growing conditions across the country, FCG witnessed a fall in its actual milk collections during the last season.

Comvita Limited has recently disclosed its plans to take up to 300,000 of its shares with reference to its proposed employees’ share scheme arrangements.

The offer will be made until 31 March, and the said equity shares would be acquired during the stipulated time.

Marlborough Wine Estates Group Limited had conducted its online ASM last month, wherein a resolution was passed to re-elect Min (James) Jia as a director of the company.

A Quick Read: Would these 3 NZX wine stocks make waves this year?

Further, BDO has been reappointed MWE's auditor, and that directors have been authorized to fix its remuneration.

As the income increases, people tend to spend more on consumer stocks, which forms an important part of their routine lifestyle.