The a2 Milk (NZX:ATM) shares soar amid takeover speculation

The S&P/NZX 50 was trading lower by 0.52% on Tuesday at 12,128.21 amid concerns related to the rapid spread of Omicron and an early rate hike by the US Federal Reserve. Out of the 11 sector indices, only 4 were trading in green with the majority of gains led by consumer staple stocks.

One particular stock that was gaining attention on Tuesday was The a2 Milk Company Limited (NZX:ATM; ASX:A2M). 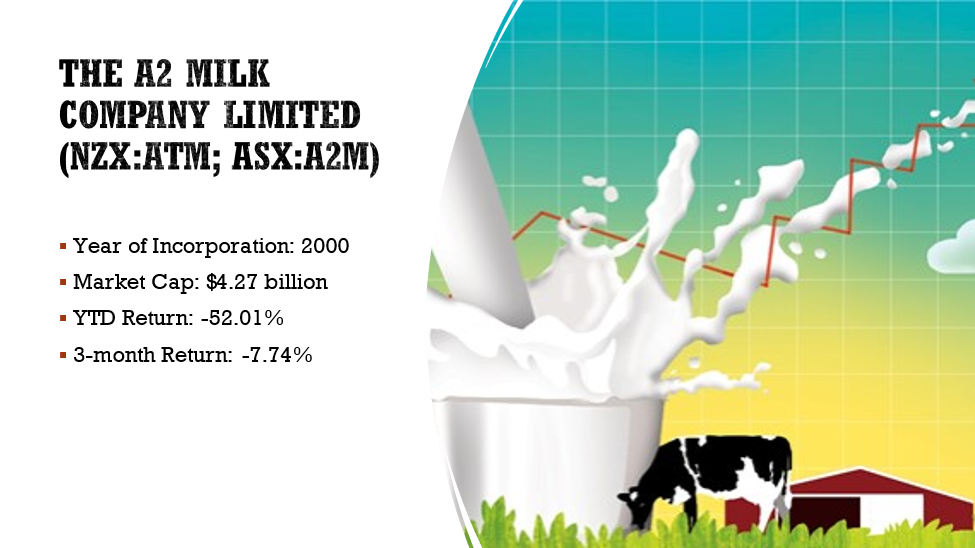 Strong gains were reported in ATM’s share price after multiple reports pointed to the acquisition of the dairy company by a Canadian dairy giant Saputo. However, both the companies have not commented anything on the speculation talks.

A2 Milk has always been the target of takeover talks. The dairy company had also garnered attention in August 2021 when reports speculated that the infant formula company might be taken over by Swiss multinational, Nestle.

ATM witnessed a substantial impact of the COVID-19 pandemic amid border closures and trade disruptions implied not many tourists and international students shipped its products to China.

Related Read: Which are 4 NZX consumer stocks to be explored this year?

The Company had announced in May 2021 about excess inventory and took a decision to lower sales volumes and replaced its old stock with more recent stock for shelf-freshness of its products. It also slashed its forecasts for the fourth time in May.

The a2 Milk has taken up a new approach for the long-term health and the medium-term trading outlook of ATM.

ALSO READ: The a2 Milk (NZX:ATM): What is the Company’s growth strategy?

It has taken up a review of growth opportunities and has prioritised on certain points. This includes investing in people, expanding and gaining more power on CL and EF, transforming the supply chain and taking measures for growth in the US.

It plans to follow a stabilise and reset strategy in FY22 and roll out full-scale growth and other projects in FY23-24.