New Zealand is the have for dairy products and wines and seafood, besides several other varieties of food. It has a strong fleet of NZX listed Companies in this sector which make up for a lot of the economy of the country. Have a look at some such names and see how they have fared in the recent past. 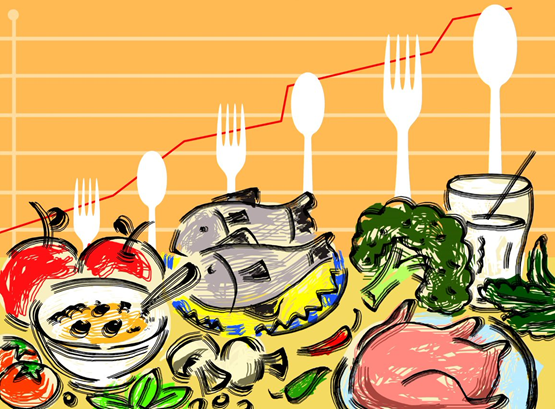 Offering food and beverage experience for 17 different locations in the country, Savor Group Limited recently announced its annual report. It was found that despite COVID related challenges that resulted in revenue being down by 30% there has been improvement witnessed in the core business standing at NZ$3.6 million. Final cash from operations was seen to be NZ$3 million.

This Company offers some of the choicest wines in the country, originating in the Marlborough region. With the last update by the Company being that of its harvest, it was announced that while the harvest suffered a 26% downfall from the previous year, considering COVID-19 related implications, the vintage wines seemed to have benefitted in the form of getting proper time to mature considering the dry spell.

Known to be the largest aquaculture producer in the world, this company is known for its different salmon varieties. Ben Rogers was recently appointed the new CFO of the Company, to be effective from 20 September 2021.

This Company works on the basis of meal kit operator system in the country and since its inception in 2013, has provided as many as 84 million meals to people. In its recently announced annual result, the Company offered 24% growth on revenue standing at NZ$190.7 million while EBITDA was up by 78% standing at NZ$29.0 million. The NPAT was witnessed increase by NZ$1.6 million at NZ$2.4 million.

Focussing on the medicinal values of honey Comvita Group limited produces several related products. Having recently outperformed most other manuka honey brands at the 618 shopping festival held in China, the Company is riding on success. Through the way of the festival the sales of the Company have witnessed a 31% hike, which was despite COVID-19 conditions prevailing through the previous year.

Don’t miss: Which are the top 10 consumer stocks listed with NZX?

It is one of the major producers and distributors of wine in the country. Besides other updates, it was said that Alastair Maling, the Chief winemaker at the Company has stepped down from his position starting 30 June 2021. Similar to MWE, this Company also witnessed a harvest lower than pcp by 28%. The premiumization strategy that is being worked upon by the Company shall help in cost impact mitigation for vintage wines that cost higher.

Don’t miss: Which are the 10 fastest growing penny stocks on NZX?

Another wine-based stock on this list, Delegat Group offers distribution of their Barossa Valley and Marlborough created wines in several parts of the world. In its latest announcement, the full year till 30 June 2021, NPAT was recorded NZ$64.6 million and the number of globally sold cases was 3, 178, 000 respectively, indicating a fall of 3% on pcp. Further a guidance of NZ$57- NZ$61 million was recorded.

This Company is known to harvest, process and distribute different seafood varieties across the country. The Company recently announced its interim results that reflected the effects of the pandemic. The NPAT decreased by 15%, standing at NZ$16.2 million. It was further added that the balance sheet continued to be strong with a NZ$3 million reduction in the net debt incurred by the Company since September 2020.

Read now: COVID-19 has a new epicentre; and that is worrying

Dealing in food research and development, this Company offers a diverse range of services. In the annual report offered by the Company, the operating revenue witnessed a plunge due to the pandemic related implications and stood at NZ$646, 910, while the loss before income tax was recorded at NZ$1,27, 851. The equity of the group as on the 31 March 2021, was NZ$1,291,315.

Also read: Which are 6 popular industrial stocks on the NZX?

This is a dairy based stock with several products being manufactured and marketed to different parts of the world. In its milk price update forecast by the company recently, it was determined at NZ$ 8.00kgMS, owing to strong Chinese demand and commodity price having outperformed. Awaited are the full year results on 27 September 2021, when the full year prices shall be confirmed.