Why to explore 5 NZX technology stocks ahead of 2022?

Dr David Clark, NZ’s Minister for the Digital Economy and Communications, announced on Monday that border class exceptions would be made for 600 specialist tech workers. The step comes amid increasing strain in NZ tech firms to support growth in the sector.

The Tech sector comes in the top 3 exporters of the country with jobs in the sector growing at twice the rate of the general economy. The sector continued with its expansion during the pandemic and the growth has further increased the demand for more talent.

On this note, let’s have a look at how these 5 technology stocks are doing when the year is nearing its end. 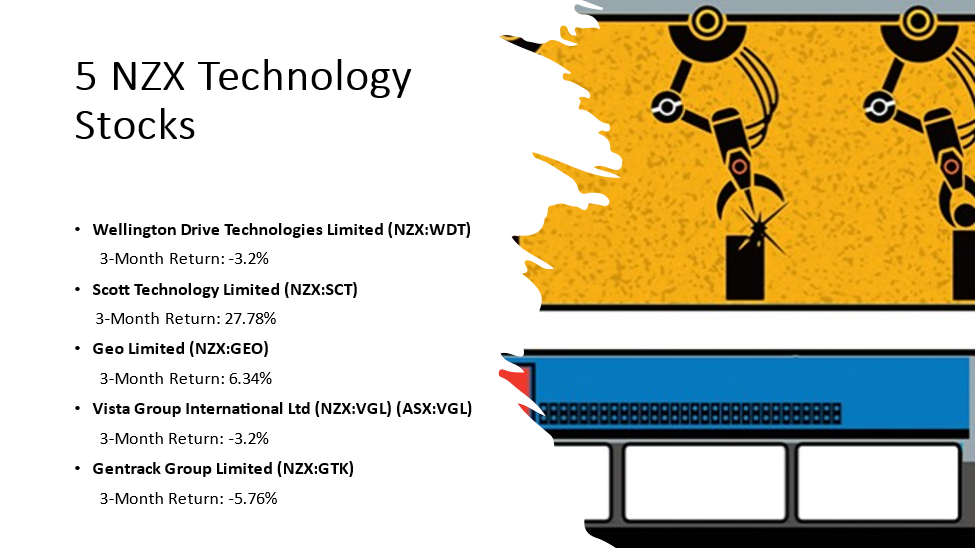 He created an advanced IoT platform that has become a key part of WDT’s IoT ecosystem as the CEO of iProximity, which WDT acquired in 2018.

Geo, a Software as a Service (SaaS) business operator, announced on 2 December that it had completed both its previously announced placements, concluding the Company’s capital raising of $7 million.

RELATED READ: Are these 5 best technology stocks to explore in 2022?

The Group also informed that surplus application money for the oversubscribed placement will be refunded as per offer terms.

Technology solutions provider to the global film industry, Vista Group, announced in October that the CEO and Co-founder of Movio (a Vista Group Company), Will Palmer, will step down from his position by the end of the year.

A smart cleantech solutions provider to various utilities, Gentrack, reported a rise of 5% in its EBITDA to $12.7 million in FY21. It also posted an increase of 8.8% in its revenue to $81.8 million, driven by a rise in the utilities’ business with growth from existing customers and gaining new customers.

DO READ: These 3 NZX technology stocks have given decent YTD returns

The NZ Government believes that there is a need to solve the skills disparity for the country’s technology sector to develop.