Auckland-based Marlborough Wine Estates Group Limited (NZX:MWE) also benefited from that and reported a spectacular jump in its sales of bottled wine in the first half of FY2021.

Even though the NZ wine market had shown a slump in August 2020, in the subsequent months, particularly from October, the Company started setting new monthly sales records. While international demand also grew, MWE, in its home country, expanded its market share in South Island and grew revenues in North Island. 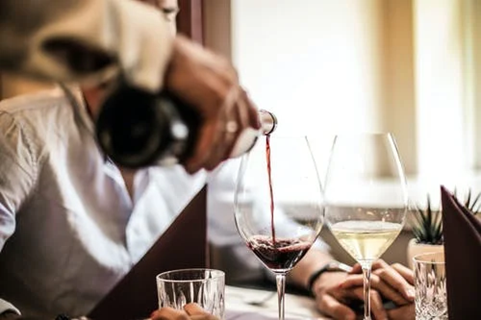 Half year of FY21 proves good for wine sales

In the first half of 2021, MWE revealed a 26.2% jump in net profits over the same period last year. Through the growth in sales of bottled wine in New Zealand, its revenue increased by 19%.

Due to COVID-19, the NZ market had slowed down in August but in the subsequent months, particularly from October, the Company started setting new monthly sales records. In the home country, the company expanded its market share in South Island while also grew its revenues in North Island.

Despite the COVID-19 global restrictions, the Company transported its first major orders to countries like Canada, Malaysia, and Singapore, and continued to receive orders from its existing markets like Taiwan, Japan, and Finland. However, the international sales were impacted as currently, its sales in some key countries was limited to fine wine retail.

Bulk grape sales, which is a business segment for MWE, depends on seasonality as the grape harvests occur only between March and April. The revenues and profits generated from the bulk grape sales will be factored in in the second-half results.

Even though the launch led to revenue growth, for the future, MWE will focus on optimising the investment in the second half in the new market.

MWE focused on bottled wine sales for the future

For the future, the industry is expecting a strong year in terms of pricing of the brand Sauvignon Blanc due to its demand the world over. So, a good vintage is important.

MWE in particular expects to grow further in its bottled wine sales and will remain focused on that.

Last year, MWE also appointed two people in leadership positions. With these people at the helm, MWE is hoping that it would be able to introduce new wines, as improved wine quality, corporate strategy, and governance, are key to the next stage of the Company’s growth initiatives.

Also Read: Why did Marlborough Wine Estates (NZX:MWE) ended 8% up on NZX today?