New Zealand has a robust stock exchange that is called the NZX. It is one of the best performing exchanges in the world. Good regulations and strong companies have made it so and as far as investment returns go, historically, it has given been good returns to the investors even during economic downturns. Even in the latest crisis of the COVID-19 pandemic it remained resilient and continued to give attractive returns.  The stock market opens every day except the public holidays from 9 am to 4.45 pm NZT.

Why is it one of the best performing exchanges

The benchmark index of NZX is NZX 50 which comprises New Zealand’s most well-run and regulated companies. Over the last few years, the NZX has been regarded as a good place for long-term investors.  The NZX chief executive Mark Peterson had said that a good market like the New Zealand Stock Exchange had a number of well-run and profitable businesses listed on it. This together with an open economy and low corruption have given investors the confidence to invest in the equities through the stock exchange.

NZX not only offers good capital growth but also yields to the investors at the time of global volatility. Although not entirely immune from volatility in the world markets, the NZ index of the top 50 companies has several factors in its favour.

NZX does not have so many companies that are resource-based. For instance, a downturn in oil prices will not impact NZX as it will impact ASX as there are many oil companies on the ASX like BHP Billiton and Rio Tinto. If the energy companies listed on the ASX are impacted, it will show on the entire index.

What is NZX 50 and its performance this week

The NZX 50 is the benchmark index of New Zealand, representing 50 heavyweights of New Zealand’s corporate world. These companies are also the most liquid companies. The day’s trade on the NZX 50 reflects on the main page of the NZX website. 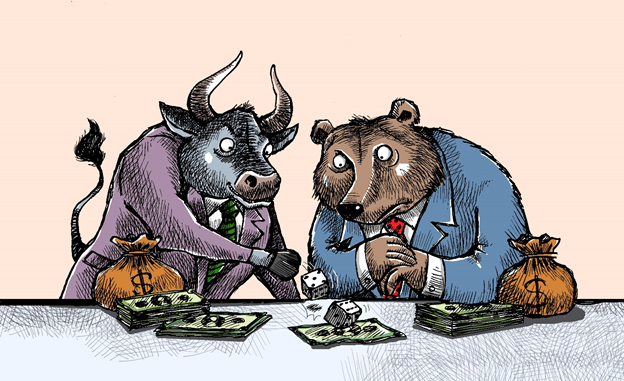 NZX’s main index NZX 50 opened Wednesday’s session high with the index reaching 12,550 levels, with healthcare and food brands gaining intraday and the industrials losing.  There were no strong reasons moving the NZX 50 upwards except the news of opening up of economies around the world.  The top gainers today were Me Today Limited (NZX:MEE) which gained more than 11%, ArborGen Holdings Limited (NZX: ARB) which gained 7.32%, Cooks Global Foods ( NZX:CGF) also gaining 7%.  NZX Limited and Ryman Healthcare Ltd were among the gainers on the index, up 1.9% and 1.1%, respectively.

The best and evergreen stocks to buy on the NZX are:

The shares to buy on the NZX are also some of the top companies on the NZX 50. These include:

A2 Milk Company (NZX: ATM) is a milk products company aligned to the dairy products market for which NZ is well known. It is a dual-listed company. The main offering from the company is in the form of the naturally produced a2 Milk®. The Company has milk and infant formula as a part of its product categories.  It is spread across geographies in countries like New Zealand, Australia, the USA, China, and the UK.

Fisher and Paykel Limited (NZX: FPH) is a healthcare company that has reported record growth in FY2021. The Company’s full-year result in May reported an uptick by 82% in its profits at NZ$524M. its operating revenue was Z$1.B, up 56% or 61% in a constant currency, and its NPAT was up by 82% at NZ $524 M over pcp. FPH has been growing over the years but FY21 was extraordinary for its growth driven by hospital products which include respiratory equipment used to deliver high-nasal flow therapy. The Company rewarded the shareholders with a dividend bonanza of 22.0cps which is an increase of 42 % over last year’s dividend.

Ryman Healthcare Limited (NZX: RYM) is an aged homecare facility operating 36 villages that are home to 11,600 residents throughout Australia and NZ. It is a leading company that is listed on the NZX. Due to investment property revaluations, its profit saw a significant jump of 59.8%, amounting to NZ$423.1 M in FY21. On 18 June it distributes a final dividend of 13.6cps to its shareholders.

Sky Network Television Limited (NZX: SKT) Even though it is a penny stock, SKT is high growth. The Company is the most popular television networks in the country. It has been innovating and customizing content for its customers. Recently, the Company signed a deal with NBC Universal Network. According to this deal, SKT customers will get more content on-demand and on several platforms. The new tie-up will also bring content in many new genres like news, comedy, and drama.

Seeka Limited (NZX: SEK) is fruit producing company that is high in growth with a market cap of 158 M. The Company has been rewarding its shareholders with attractive dividend payouts. It declared a dividend of 22.000 cps for the whole year and declared a final dividend of 12.000 cps.