GTK is a technology company that gained on Thursday by almost 4.76% at NZ$ 1.540. The Company had recently announced that it would give 600,090 performance rights to its executives, 600,090 Performance Rights (PRs) to senior executives for no consideration, under the Senior management LTI Scheme. In its performance update, GTK announced that its FY21 revenues were expected to be close to or slightly ahead of the FY20 revenues of NZ$ 100.5M ahead of FY20 revenues of NZ$ 100.5M, accordingly FY21 EBIT is expected to be around NZ$ 5M.
Also Read: Would These NZX Tech Stocks Shape Innovations In 2021-VTL, ERD, SKO, ENS, GTK?

FWL gained 4.68% at NZ$ 1.790 on the NZX today. It was investors’ favourite on Thursday despite reporting weak numbers in its half-yearly report. The wine company in its earnings update had announced a decrease of 5.8% in profit after tax. Impact of the pandemic had been felt on the entire hotel and hospitality industry. New Zealand market responded favourably that reflected in the case sales, which was up 8%. The Company also has sustainability practices in place, particularly with regard to using recycled glass. With the economy picking up and the trans-Tasman bubble opened, the travel and hospitality industry will get a boost. Going forward, this Company is in for good prospects.

The company, which is the biggest manufacturer and seller of honey in NZ, gained 4.35% at NZ$  3.600 in Thursday’s trade. Recently, in its update, CVT had increased its earning guidance for FY21 from NZ$ 20-23M to 22.5-NZ$ 25.5M. The increase was due to strong growth in China and North America and sale through online platform, which accounted for 30% of the group sales. The harvest of honey was below average but the new model for honey harvest that the Company adopted gave good results. 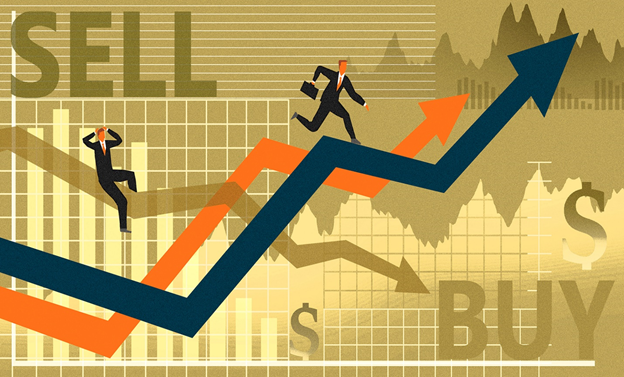 ZEL stock gained 3.54% at NZ$2.630 on Thursday. Z Energy announced on Thursday that it would be declaring its results for the financial year ending 31 March 2021 on 6 May. Earlier, it had announced that it expected FY21 EBIT to be in the range of NZ$ 235M to NZ$ 245M as compared to previous guidance range of NZ$ 235M to NZ$ 265M. The Company now expects its profits to pick up due to the opening up of travel and related increased volume of jet. It is expected to pick up in its retail outlets with the increase in international travellers.
Also Read : New Zealand’s 6 Most Discussed Stocks - AFT, ZEL, FCG, IKE, SAN, AMP

EBOS gained almost 3.10 % on the NZX on Thursday at NZ$30. This Company had performed better than expected in its 1HFY21 results announced sometime back. The Company update had called it a record result with a double-digit NPAT growth. All its indicators were pointing towards strong growth the Company has achieved in the half year.
Also Read: Are Fletcher And Ebos Poised To Have A Banner Year After Strong H1 FY21?

The Company has also been able to show performances in both healthcare and Animal Care segments. It has an excellent operating cash flow of NZ$ 98.7M, up 33% pcp, and a number of acquisitions to its credit. For instance, CH2’ vet distribution business is likely to expand Lyppard’s market position. The company is growing through acquisitions and mergers and increasing its footprint across countries.