How is New Zealand Fighting the Word Pandemic that has hit shores in Decades?

The World Health Organization (WHO) first declared COVID-19 a world health emergency in January 2020. Since the virus was primary diagnosed in Wuhan, China, it has now been detected in over 200 countries and all U.S. states. In early March, the focal point of infections shifted from China to Europe, especially Italy, but by April 2020, the focus shifted to the United States, where the number of infections were accelerating. The infection has sickened over 2 million people, with thousands of fatalities. More than 80 countries have closed their borders to arrivals from countries with infections, ordered businesses to close, instructed their populations to self-quarantine, and closed schools to an estimated 1.5 billion children. In late January 2020, China was the first country to impose travel restrictions, followed by South Korea and Vietnam. Many international organizations are taking steps to provide loans and other financial support to countries in need. In many other countries, central banks have lowered interest rates and reserve requirements, announced new financing facilities, and relaxed capital buffers and, in some cases, countercyclical capital buffers, adopted after the 2008-2009 financial crisis, potentially freeing up an estimated NZ$5 trillion in funds. 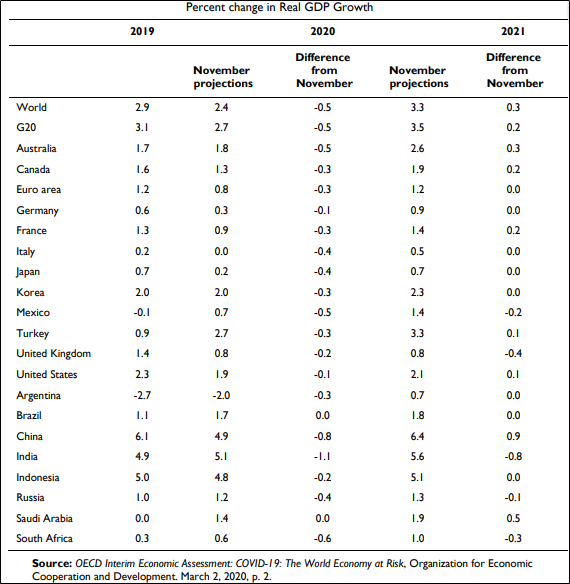 The IMF has projected 2020 growth at about minus 7.2 percent due to significant economic disruption from lower commodity prices, social distancing, and a significant decline in external demand. This decline is much higher than the other parts of Asia because of the country’s dependence on service sector, like tourism and education.

Another reason is the country’s dependence on China. New Zealand’s export is heavily focussed and linked to China and China was hit hard in the beginning of the year. So, slowdown already started before the start of the global stoppage. 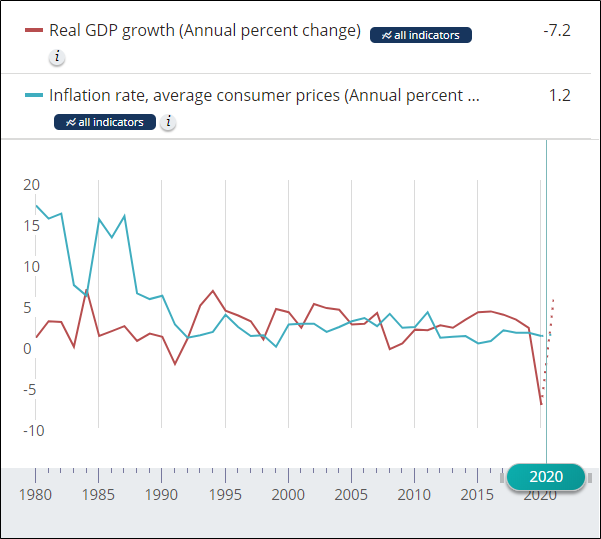 Measures taken by the Government of New Zealand

The Government of New Zealand announced a spending package of NZ$12.1 billion ($7.3 billion), equivalent to 4% of GDP in an attempt to fight the effects of COVID-19 on the economy; approximately NZ$5 billion will go toward wage subsidies for businesses, NZ$2.8 billion toward income support, NZ$2.8 billion in business tax relief, and NZ$600 million toward the airline industry.

The new measures include:

The Prime Minister, public service chief executives and Government ministers have decided to take a pay cut of 20 per cent over the next six months. The pay cuts of chief executives are expected to save about NZ $1.6 million, and an example of cuts are provided in the table below.

NZ appears to have crossed the peak of the COVID-19 curve, with the number of active cases falling steadily since 9 April. Visitor arrivals saw a record fall in February and have dropped to zero currently under the border closure. The housing market is beginning to show signs of decline. Some large companies have announced redundancies and plans for pay cuts. The number of Jobseeker Support beneficiaries has jumped sharply. Total wage subsidies payments reached $8.9 billion on 9 April, benefitting 1.4 million people. The Government announced a further stimulus package is in development to provide support through the next phase of the response.