A lot of new investors nervous about putting their hard-earned money into the stock market tend to play safe by investing in large cap stocks or may be some mid cap stocks.

Stocks of Canada’s big five banks etc. may be safer bets if they are picked up at an opportune moment, so the approach makes a lot of sense. They also usually pay dividends. But there is no reason for new investors to completely avoid small cap stocks like the plague.

Considering the future of the automotive industry is expected to be dominated by electric vehicles, new investors might want to take a look at Sigma Lithium.

SGML closed at C$21.68 Thursday, May 5, and it has experienced sustained growth over the past year having risen a whopping 325 per cent in 12 months and 68 per cent this year.

Its price-to-earnings (P/E) ratio is 11, and this denotes the amount that needs to be invested for each dollar of earnings.

DE at market close Thursday stood at C$4.30 and it had an upward trajectory for most of this year but lately is on the dip.

It has gained 39 per cent in 12 months. The stock seems to be heading towards undervalued territory.

NFG closed at C$8.58 on Thursday. Though it is in the red by four per cent year-to-date (YTD), it has ballooned 14 per cent in the last month.

The stock has seen some volatility in the last year and this is not uncommon with small cap stocks. However, the stock has a P/E ratio of 4.1 which is the best in this list. 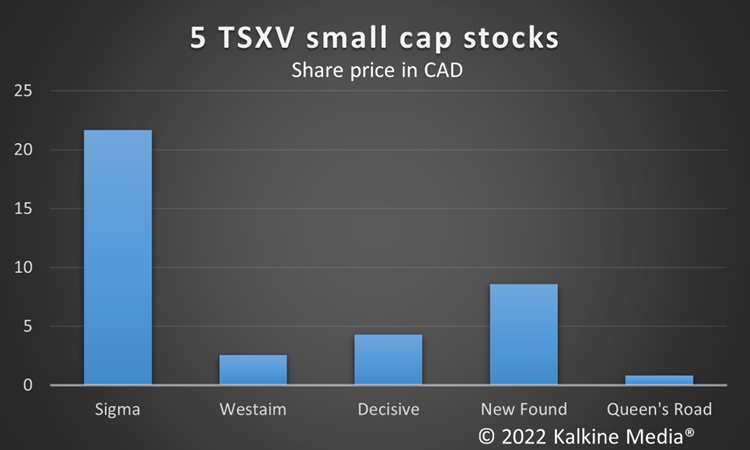 Small cap companies are smaller firms yet to but generally looking to expand their footprint and establish themselves. This makes them riskier and more volatile than large cap or mid cap stocks.

It would not be wise to bet the farm on such stocks. However, investors, even those new to the sphere, may consider making them part of a portfolio with stocks of well-established companies because the tend to grow faster and may in the long term expand significantly.

That said, much research and foresight is merited into the company’s plans, its fundamentals and the future of the particular sector or industry.