The TSX Composite Index noted a year-to-date (YTD) loss of about nine per cent (as of writing) amid market uncertainties. Though such market fluctuations could be taxing, income investors could explore healthy TSX dividend stocks that could provide them with long-term value.

Hence, here are five TSX dividend stocks that investors could explore in August.

Canadian retailer Loblaw said that its revenue grew by 2.9 per cent year-over-year (YoY) to C$ 12.84 billion in the second quarter of FY2022. The large-cap grocery and pharmacy store company noted a 3.2 per cent increase in its net profit from C$ 375 million in Q2 2021 to C$ 387 million in the latest quarter.

Loblaw also stated that its Board of Directors (BoD) declared a quarterly dividend of C$ 0.405 per common share, payable on October 1 to record shareholders on September 15.

The L stock spiked by roughly 51 per cent in 12 months. As per Refinitiv stats, the stocks' Relative Strength Index (RSI) was 63.57 on July 26, indicating a moderate-to-high trend.

Rogers posted an increased total revenue of C$ 3.86 billion in Q2 FY2022, which marks an eight per cent growth compared to Q2 2021. The telecom company said that its net profit significantly jumped by 35 per cent to C$ 409 million in the latest quarter relative to Q2 2021.

Rogers will also dole out a quarterly dividend of C$ 0.50, payable on October 3 to shareholders of record on September 9.

The RCI.B stock swelled by over six per cent in nine months. Refinitiv data reflects that Rogers stocks were on a moderate trend with an RSI of 43,32 on July 26. 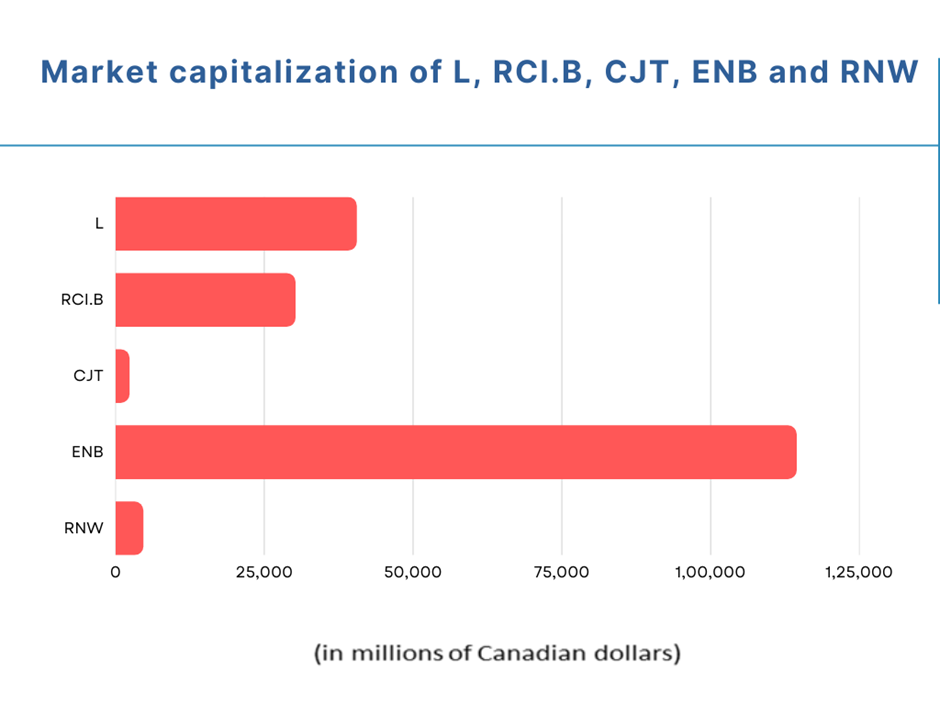 Though there is no information about dividends in its latest quarterly report, it should be noted that Cargojet declared to raise its quarterly dividend by 10 per cent earlier to C$ 0.2860 (paid on July 5) on May 9, after releasing Q1 2022 results on May 2.

The pipeline infrastructure giant, Enbridge, will deliver a quarterly dividend of C$ 0.86 on September 1 (ex-dividend on August 12). The large-cap energy company held a return on equity (ROE) of nearly 11 per cent, which denotes profitability.

The C$ 114 billion market cap company saw its scrip soar by almost 16 per cent in a year. According to Refinitiv findings, this energy scrip recorded an RSI value of 62.54 on July 26.

RNW stock grew by over five per cent month-to-date (MTD). As per Refinitiv data, RNW stock also held an RSI of 60.60 on July 26.