Many operators are seeking registration in Ontario’s newly launched iGaming market, where people can reportedly bet on casino games, sports, and other gambling activities.

Amid this new development, let us talk about the above-mentioned Canadian gambling stocks.

Playmaker Capital is said to have participated in a panel sponsored by the Canadian Gaming Association at the TSX to begin single sports betting in Ontario.

Stocks of this junior online gambling firm swelled by almost 43 per cent in the last nine months.

Founded in 2016, Rivalry Corp is an online wagering company that operates in over 20 countries. The Toronto-headquartered company currently has a market capitalization (all classes) of C$ 87 million.

Gamehost reported its fourth-quarter results earlier in March, which said that its operating revenue increased 52.8 per cent year-on-year (YoY) to C$ 13.6 million in Q4 FY2021.

However, its profit dropped by 5.6 per cent YoY to C$ 1.7 million in the latest quarter.

Stocks of Gamehost jumped by nearly 30 per cent year-to-date (YTD) and closed at C$ 9 per share on Monday. 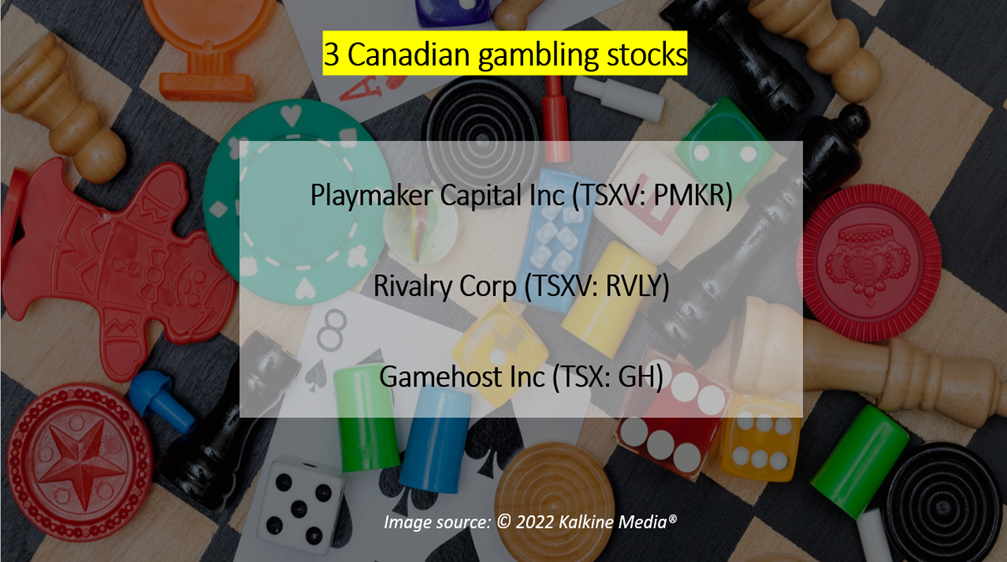 While this move could help improve gaming experience and consumer protection, investors should still ideally learn more about companies before chasing any trend.