Real Energy Corporation Limited (ASX:RLE) has been fetching abundant market interest at the back of its recent merger proposal with Strata-X Energy Limited (ASX:SXA) to form Pure Energy.

Pursuant to this compelling opportunity, the Company has decided to begin drilling of Venus-1, a new CSG well, next month in October 2020. It should be noted that post the merger, Pure Energy will have 100 per cent of Project Venus, a first-class address.

The planned drilling would be done in the ATP 2051P. This is Project Venus JV’s first and foremost Surat Basin CSG.

Project Venus’ ATP 2051P equals an area of 154 km2. It is situated within the valuable Walloon CSG fairway, Surat Basin. It should be noted that Walloon CSG fairway is a productive gas-generating region with more than 10,000 wells drilled.

Silver City Drilling, a drilling contractor, has been selected to drill Venus-1 and is expected to mobilise to the site in the next few weeks, according to the company update released on 15 September 2020. The well will be drilled deep to ~ 680 metres, with casing to the top Walloon. This would leave the gas saturated Juandah coal seams in an open hole of 6 1/8-inch (to total depth).

The pilot targets to determine the ideal methods of completion that may help achieve (commercial) gas flow rates. 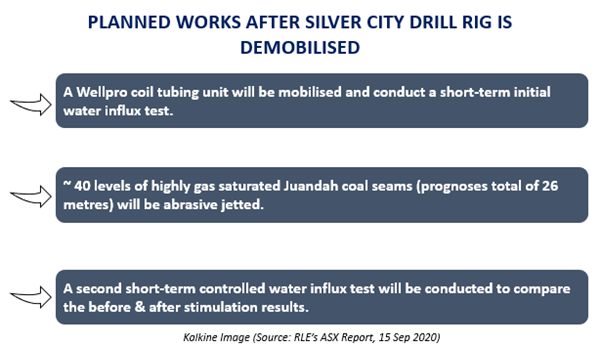 The Company further informed that the after-stimulation water influx rate and additional data are a mandate to design the JV’s first-ever Walloon CSG pilot well. Besides, Venus-1 will be equipped with a downhole pump, water handling methods and surface facilities. Reportedly, these are required to conduct a controlled drawdown flow test across several months.

After reservoir enhancement, Venus-1 will be set up and denoted as the first pilot CSG well for long-term production testing targeting (commercial) gas flows. This is in line with Pure Energy’s vision for the next one year- to test completion methods aimed towards commercial gas flow rates. 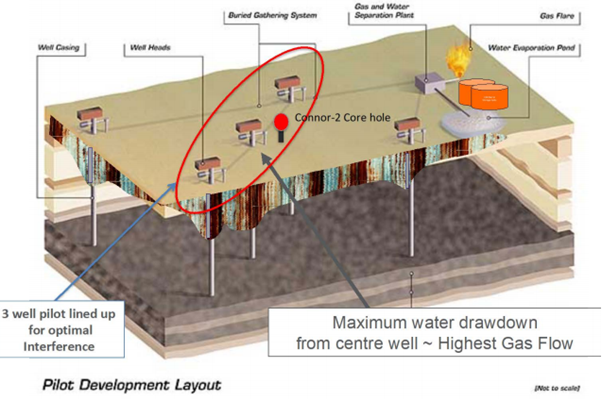 The Venus Pilot drilling as well as its set up may begin in October. Subsequent production testing may continue early next year, in 2021.

Real Energy has provided the below details about the production testing-

Other Activities In The Pipeline

Real Energy may soon release the merger Scheme Booklet to shareholders. Shortly after, shareholders may meet to approve the proposal, possibly in late October 2020.