Iron ore & Gold miner and explorer, Shree Minerals Ltd. (ASX:SHH) has been on a shopping spree in 2020, acquiring premium gold projects with Turondale gold project being the latest addition to its robust portfolio. 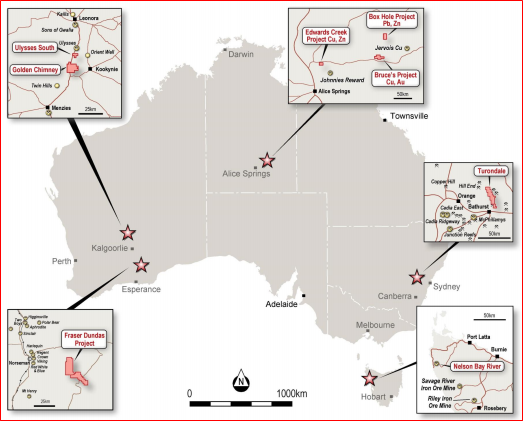 Riding high on robust portfolio, Shree has expanded its horizons across premium gold and base metals project in major mineralisation zones including –

Shree is committed to value creation for its shareholders and investors with a particular focus on the early-stage and advanced gold and base metal projects.

Turondale in the Lachlan Fold Belt

In late July this year, Shree lodged an application for the exploration licence (ELA6044) in the world class Lachlan Fold Belt of New South Wales. The wholly owned Turondale project stretches over 129.9 square kilometres, north of Bathurst in the neighbourhood of major gold and copper mining operations. 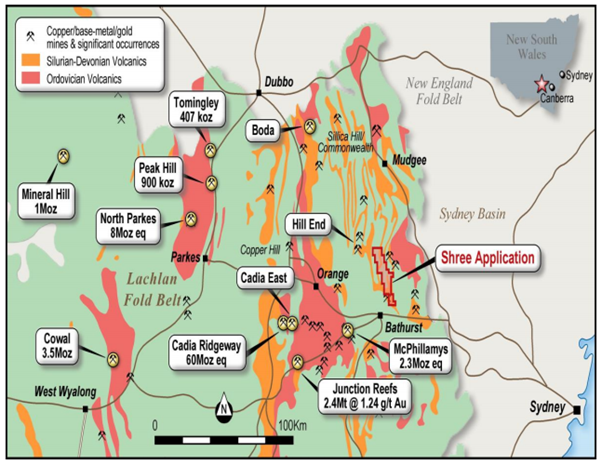 Must Read: Shree in the Lachlan Fold Belt, Applies for Exploration Licence in the neighbourhood of recent discoveries

The tenement application holds strong prospective for orogenic, porphyry, and skarn related gold mineralisation. The gold project is interpreted to include a folded sequence of Devonian era sediments with litho-structural similarities to the Pure Alumina’s Hill End gold mine which holds mineral resources of over 501,552 ounces of gold.

Shree identifies over 9 gold occurrences within the Turondale tenement application area. The gold workings are shallow and comprise of shafts and alluvial mining centres with almost no exposure to modern exploration techniques.

Shree recently concluded an initial desktop review of the historical reports and previous exploration data which resulted in identifying high priority targets at Turondale. Further on, the Turondale project is surrounded by Krakatoa Resources’ EL8942 and EL8940 tenements.  The Krakatoa’s EL8942 hosts 2 distinct reef systems including –

Both the reef systems are interpreted to extend into the Turondale project area. Nickel Mines Ltd. in 1972 conducted an aerial and ground survey for the gold mineralisation within the EL1974. Soil and stream sediment samples were collected demonstrating gold, copper, silver, and lead anomalism in the historical mining centres. The soil and sediment samples resulted in grades up to 2.6 g/t Gold, 3,700 ppm Copper and 5,000 lead.

Shree traded at $0.013 a share, registering an increase of 18.18% against the previous close with a market capitalisation of $8.90 million.