So far, 2020 has been a mixed bag for commodities. However, Iron ore has managed to stand tall with handsome gains of over ~40 per cent on a YTD basis and has marked a fresh 52-week high of RMB 845.00 per dry metric tonne (as on 14 July 2020) on the Dalian Commodity Exchange.

Demand for iron ore is on an upsurge as China is spurring its steel industry to capture a large tranche of the global steel industry, coupled with a supply shortage due to bad weather conditions that prevailed across Australia and Brazil, has supported the iron ore price.

FMG has emerged as the top-performing stock in the metal and mining space with a YTD return of 62.27 per cent (including dividend), outperforming returns from S&P/ASX 200, S&P/ASX 200 Resources, and iron ore. 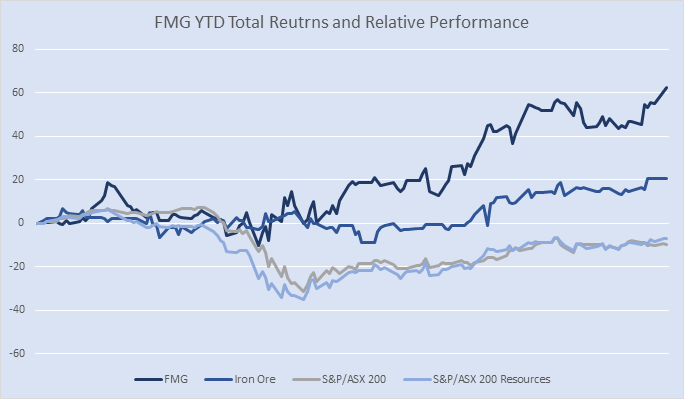 Staggering Leap in Revenue and Profitability

FMG had reported a revenue of USD 9,965 million in FY2019, considerably up by ~ 44.69 per cent against the previous financial year. The higher revenue further translated into higher profitability with FMG reporting a ~ 262.98 per cent increase in Net Profit After Tax (or NPAT) for FY2019. 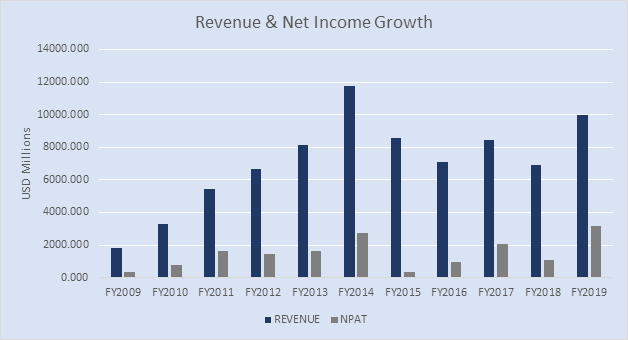 After witnessing an impeccable FY2019, the company is poised to observe another bumper financial year going by the results that FMG has put out up to March quarter; the revenue growth estimates could surpass the FY2019 revenue, assuming the company is able to meet its guidance.

Post analysing the shipment pattern and revenue growth, it could be seen that the company had shipped 130.9 million tonnes of iron ore until March 2020 quarter and further FMG had guided to ship 175 million tonnes in FY2020, which leads to 44.1 million tonnes to be shipped remaining for June 2020 quarter. 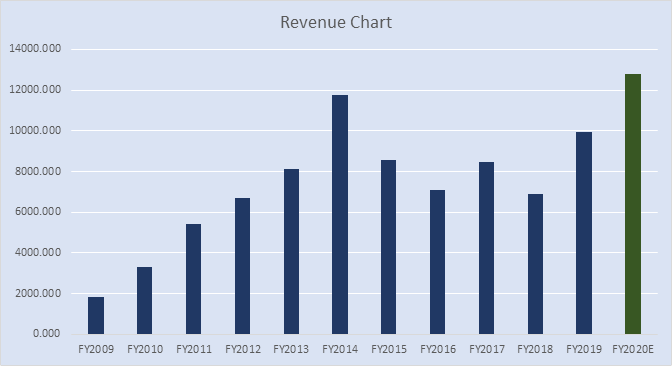 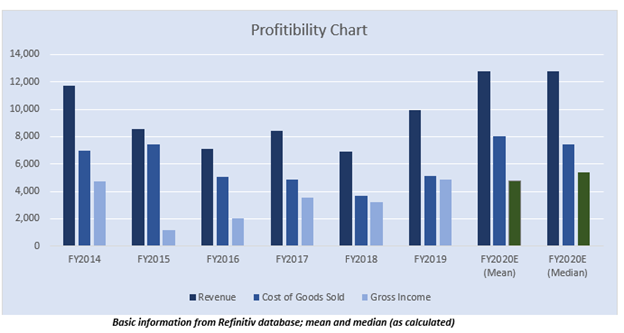 On considering the above chart, it could be seen that the company had demonstrated strong growth in profitability, and the current estimates also point that FY2020 could witness another financial year of strong profit, even after assuming mean or median estimates of COGS .

One of the major factors that decide the quality of mining firm or a mining stock is the environmental responsibility shared by the miner.

Thus, it becomes crucial for a miner to share environmental and ecological responsibility.

FMG is one of the leading miners across the continent, putting its best foot forward to deal with climate change challenges.

In the recent past, the company announced an industry-leading emissions reduction goal to achieve net carbon neutrality or net-zero operational emissions by 2040 via limiting its Scope 1 and Scope 2 emissions of existing operations by 26 per cent from 2020 levels by 2030.

In the recent past, many institutional investing companies such as BlackRock Institutional Trust Company, N.A., Vanguard Investments Australia Ltd., The Vanguard Group, Inc, and even Andrew Forrest have increased their holding in the company.

FMG is basking under the iron ore price rally, and with major economies opening-up there seems to be some direction as far as iron ore demand is concerned. However, the possibility of the second wave of COVID-19 infections and raising geopolitical tensions could be seen as a risk for all such projections. The stock of the company last traded at $16.110 (as on 16 July 2020), up by 0.50 per cent against its previous close on ASX.