The Australian metals & mining sector is the most prominent business segment in terms of number of companies. The sector includes numerous world's largest resource players, mid-tier producers and junior miners.

Discussed below are three players from the metals & mining sector that have recently released their performance update for the last quarter of 2020. Their endeavours are focused on gold and battery metals.

Amid the pandemic, there has been significant growth in the gold and battery metal sectors. With rising awareness of renewable energy and electric mobility, demand for battery metals is registering strong growth. Meanwhile, gold surged to a record level of US$2,070 an ounce in August 2020, highlighting strong investor interest towards this safe haven.

In the backdrop, let us skim through the quarterly performance of these ASX-listed players.

Also Read: How is the Gold Market Unfolding for ASX-listed Gold Stocks in 2021? 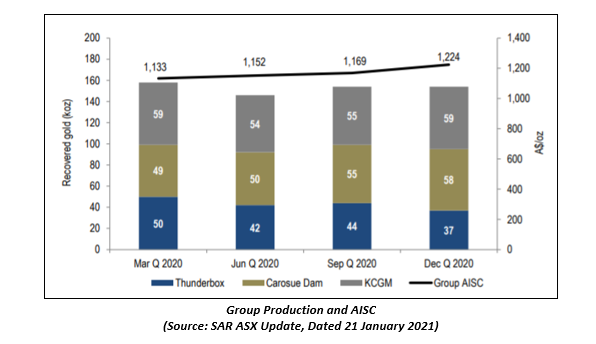