The company plans to involve technical consultants and the EPA to modify the draft in accordance with the EPA comments. The modified draft will include the requested additional details on the proposed mining operation and the measures by the management at SHH.

The Nelson Bay River Iron project stretches over the mining lease, 3M/2011, northwest of Tasmania and is situated almost 150km from the Burnie port. Pioneering the iron ore Direct Shipping Ore (DSO) operations in the entire region, SHH developed the mining operations in 2013 and the first shipment was sent from the Port of Burnie in January 2014.

The DSO project at Nelson Bay River involves all-contract mining, beneficiation and haulage operations that contributed significantly to the regional economy. The ore requires only crushing and screening with minimal processing. The ores are then trucked and shipped. The NBR project was put on care and maintenance in June 2014 following the sharp decline in the iron ore prices.

The company had applied for a new environmental permit with the Tasmania EPA to resolve legal issues with the existing permit. Upon public consultation, the EPA issued guidelines for DPEMP draft. SHH has already completed the requisite technical studies and had developed the draft of DPEMP. 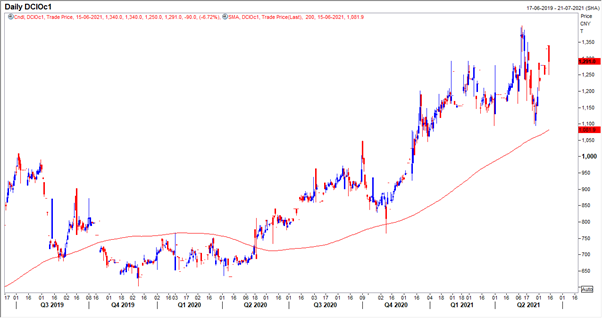 SHH is committed to generate value for its shareholders and will share the subsequent updates on the iron ore project in due course.