HMS explorer MRG Metals Limited (ASX:MRQ) continues to report significant milestones from its Mozambique-based prospects. The work program at Marao continues to be hugely successful as the Company has identified a new target, Mandende at the prospect where drilling commenced in February 2021. 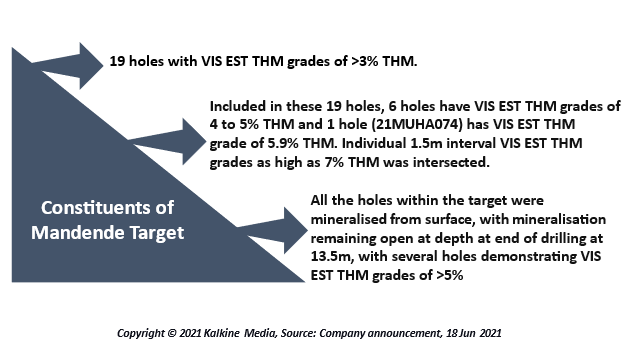 Within the larger Mandende footprint, a 3 km2 high-grade zone of visually estimated 4.5 % THM bounded by 8 auger holes has also been revealed. Its details are: 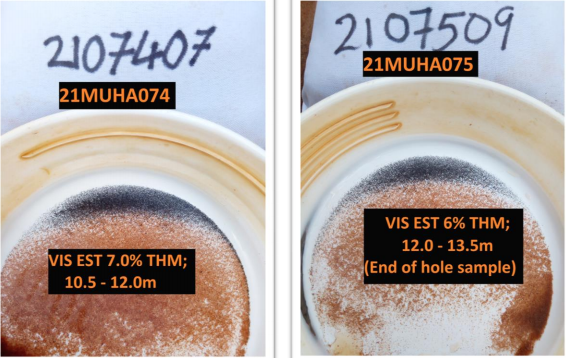 The exploration program at Marao continues to proceed smoothly. Notably, the Company discovered the Magonde target in March 2021 after drilling of the initial 25 auger holes in the vicinity of the Guezane camp.

Auger drilling continued on the 500m X 1000m spaced reconnaissance from the western edge of the Marao licence.

Since March 2021, an additional 60 auger holes were drilled (21MUHA026 to 21MUHA085), which resulted in the identification of the significant second target, Mandende.

A significant percentage of the HMC (up to 8.36%) is represented by Andalusite, the Zircon content of 3.12% is also relatively high compared to MRG’s Koko Massava deposit.

Currently, mineralogical studies are in progress on the composite HMC samples from the auger drilling. The Company is eager to explore Mandende, to potentially extend the known footprint. It also looks forward to conducting the ongoing grid auger program at Marao to identify further prospective targets.

The identification of two significant targets – Mandende and Magonde –  validates the strength and calibre of MRG Metals’ team on site, highlighting their efficiency in carrying out productive exploration programs.