Emerging mineral explorer C29 Metals Limited (ASX:C29 was listed on the Australian Securities Exchange (ASX) in November 2021. C29 Metals owns exploration tenements in Tier-1 mining jurisdictions of Australia and it is making some serious strides in the Australian mining space led by experienced Board and Management.

Related read: How is C29 Metals (ASX:C29) positioned to cash in on vibrant copper market? 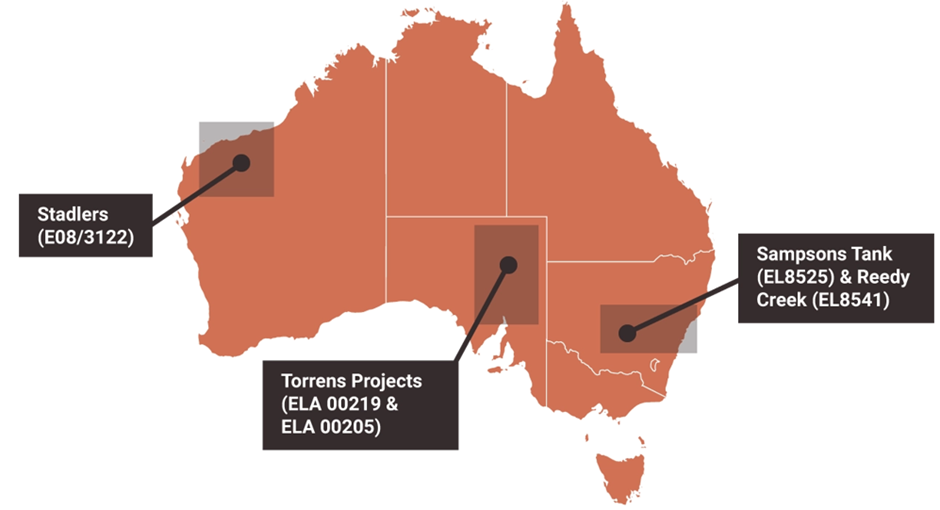 Soon after the listing, C29 launched a drilling campaign on its Reedy Creek Project, located in New South Wales. The Company has plans to drill nine diamond holes and it is currently underway on the project tenement. The objective of the drilling operations is to test the polymetallic target and their extension on the tenement area.

The historical drilling had resulted in intercepts indicating the presence of high-grade zones of copper, lead, zinc, manganese, silver and gold. The ongoing program is designed to test the extensions of the mineralisations between Reedy Creek Mine and Endeavour 1 prospects. C29 has identified the mineralisation zone within a northeast trending structure corridor 150 & 200m wide and extending over a minimum of 1,000m between Reedy Creek Mine and Endeavour 1. 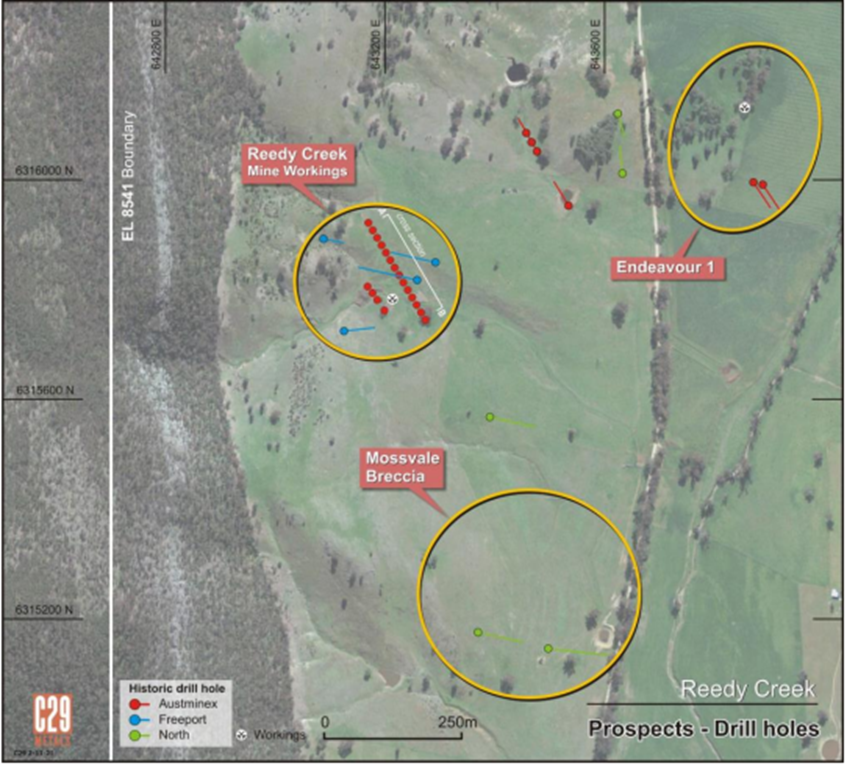 Furthermore, North Broken identified a 1km long copper-zinc-cobalt soil anomaly at P-47 and anomalous copper soil at P-54. Later, the Company undertook exploration and drilling operations for platinum mineralisation. As a part of the exploration program, reconnaissance ground magnetics and three RAB holes were also drilled. No significant platinum mineralisation was observed, and the area was relinquished.

C29 is focusing its effort on volcanic associated massive sulphide (VAMS) defined Cu-Au mineralisation. The Company will undertake a soil geochemical survey on Sampson’s Tank to extend and infill the historical areas and confirm and define the full extent of the geochemical anomalism.

C29 will reinforce its findings by undertaking a VTEM survey scheduled late in February 2022, followed by drilling in mid-2022.

Back in November 2021, C29 Metals also updated the shareholders on its exploration application status (ELA) for Torrens Project located in S.A. The project is considered prospective for copper and uranium. C29 has completed the regulatory documentation regarding the ELA and anticipates the licence to be allocated by April 2022.

Since listing, C29 Metals has embarked on a mission to unlock the value of its exploration assets and create significant value for its stakeholders. The demand for copper is expected to remain moderate to high in the near to long term.