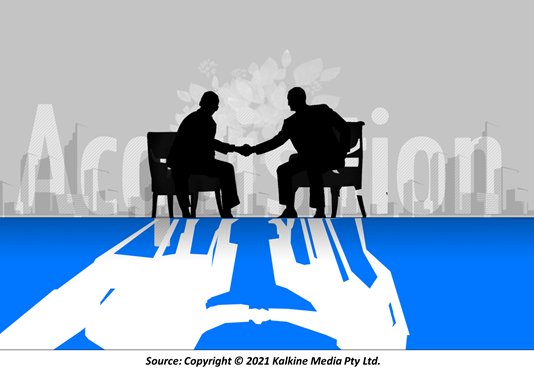 The settlement of Placement is scheduled for 27 April 2021, with New Shares likely to commence trading on the Australian Stock Exchange on 30 April 2021. Calima informed that all Shares issued under the Placement will rank equally with current ordinary shares.

Below are further details of the Placement activity:

Canadian energy company, Blackspur is an exciting firm that has been established from the ground up by a strong team of oil and gas professionals who hold an impressive track record as efficient developers, and oil finders.

The Blackspur team has carefully de-risked and assembled the firm’s assets via a combination of acquisition and drilling over the past decade. Besides, the team is committed to pursuing synergistic growth opportunities around the Western Canadian Sedimentary Basin.

Supported by the small Calima team, the Blackspur team will be well placed to reap benefits of strengthening fundamentals in Canada’s oil & gas commodity markets. 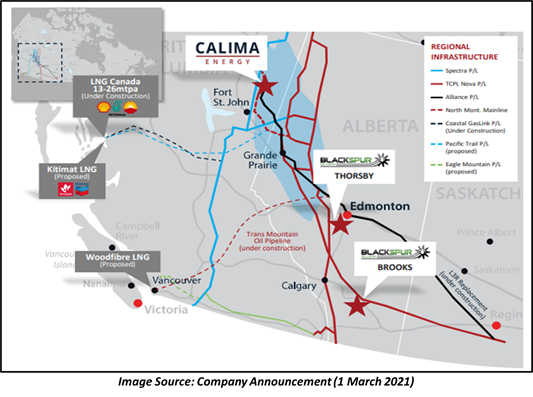 Along with the oil-focused assets within Blackspur Oil’s portfolio, this combined team will be prepared to unlock value from the Company’s current Montney Calima Lands assets. This would be further supported by the demand from the finalisation of Canada’s first LNG export facility (LNG Canada) and enhanced pipeline capacity that provides better access to the US markets and an increasing industrial base in Canada.

The transformational merger with Blackspur presents a lucrative opportunity for Calima to form a mid-tier, ASX listed firm with solid cash flow from undercapitalised economic oil assets and growth potential from a sizeable undeveloped resource portfolio in the Montney area.