The assay results returned copper mineralisation in excess of 1% from skarn-altered limestone in drill hole RCDH007. The result is in line with the findings of the previously announced assay results of the first four holes. The drilling has established a strong relation between skarn alteration and base metal anomalism at the Reedy Creek Mine prospect. 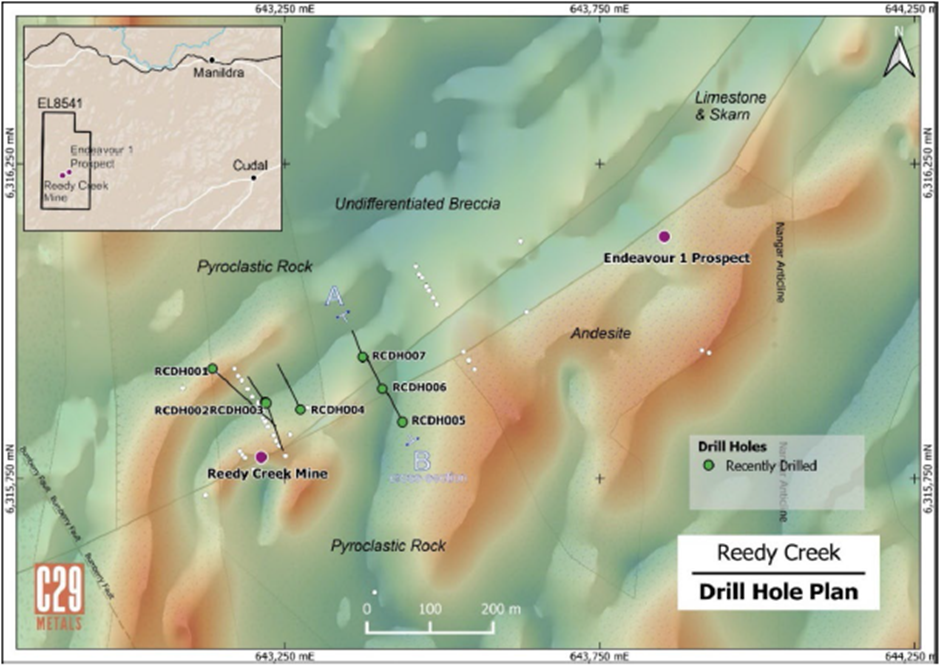 The Reedy Creek Project is located in the prolific Lachlan Fold Belt in Central New South Wales. The project consists of EL8541, a granted exploration licence spread across an area of 42km2.

C29 Metals commenced a seven-hole diamond drilling over the project in December 2021 and finished drilling in March 2022. The drilling program was designed to confirm the significant historical high-grade copper, gold, silver, lead and zinc zones on the tenement and to test the mineralisation extension. The final three holes were drilled 220m along the strike of the historical Reedy Creek Mine in a section line transecting the prospective stratigraphy.

The assay results indicate elevated levels of copper and zinc in hole RCDH007, which intersected the target limestone and skarn alteration. The intersections are in line with the results from holes RCDH001 to RCDH004.

The notable intersections from RCDH007 include: 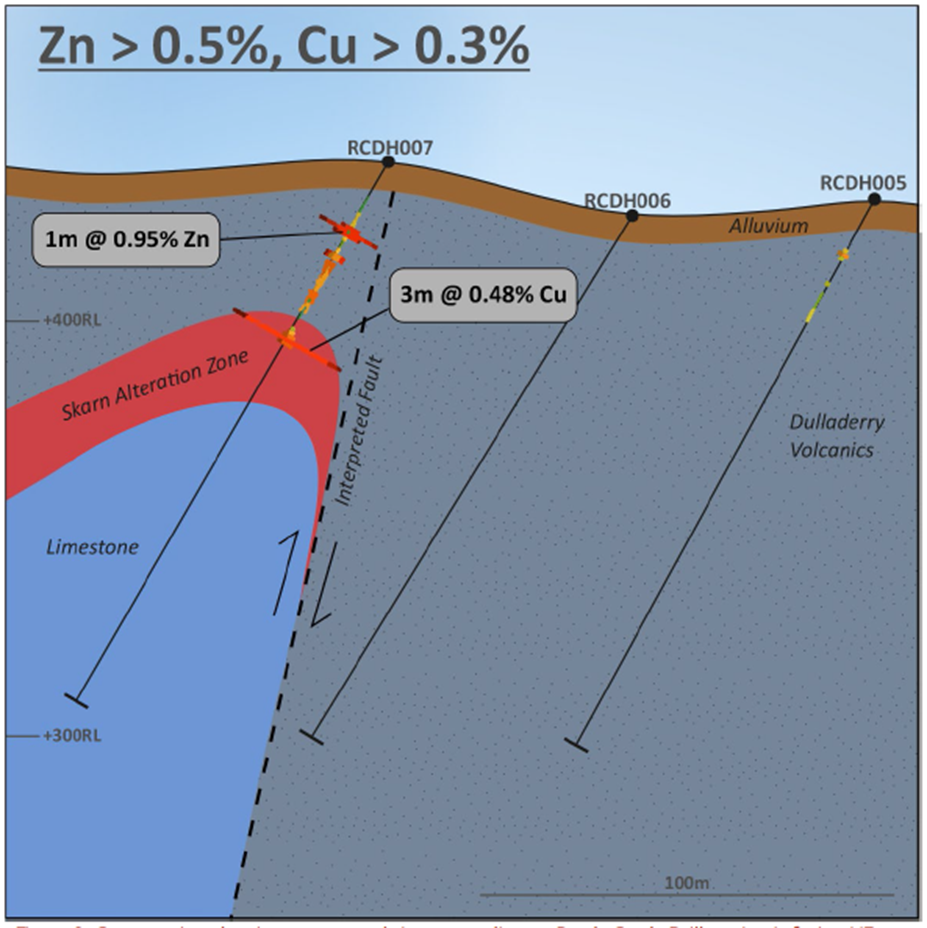 C29 interprets that the copper mineralisation in drill hole RCDH007 is localised to the skarn-altered upper section of the Berkley Formation Limestone unit. The zinc mineralisation was observed in an oxidised and highly strained volcaniclastic breccia unit. The controls of zinc mineralisation are not fully known currently but the company believes that it may be coming from fault-controlled remobilisation from the deeper source.

What’s next at Reedy Creek?

Shares of C29 are trading at AU$0.15 apiece on the ASX today during the early hours of trade.