With a continuous rise in the global population, energy demand has incessantly grown. Renewable energy is on the priority list of almost every government across the globe, including China, India, and Australia, where most of the electricity is generated through high carbon-emitting coal.

Nowadays, investors are more cautious about choosing companies supporting the environment, dodging fossil fuel supporters responsible for the global temperature rise. As per records of the Responsible Investment Association Australasia (RIAA), companies that support renewable energy and energy efficiency are among the most popular choice of investors in 2021.

The solar energy industry has made tremendous growth in the past few years. At the end of 2020, there was more than 700 GW of solar capacity installed around the world, as per records of the Australian Renewable Energy Agency.

In the backdrop of this, let’s have a look at four solar stocks of Australia that have performed tremendously well in the past.

Based in Sydney, New Energy Solar (ASX:NEW) owns diversified solar assets globally. The company is engaged in the acquisition of large-scale solar projects that can generate returns from long-term power purchases.

On Monday, the company announced the successful completion of its off-market share buyback with the company buying back a total of 35,526,991 Shares. NEW has raised over AU$500 million of equity since its establishment.

Mercury NZ Limited (ASX:MCY) is a New Zealand electricity retailing and generation company. The company is a pure play green energy player. MCY is listed on the New Zealand Stock Exchange and the Australian Stock Exchange.

On 19 October, MCY provided an update on returning its services for five adjacent turbines in the Tararua Wind Farm. 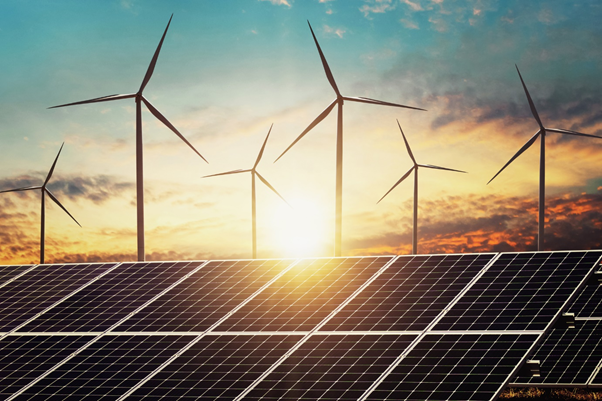 During the last quarter, GNX has inked a supply agreement with Tesla for the Bouldercombe Battery Project, a key milestone towards achieving the Final Investment Decision in Q2 FY22.

Ausnet Services Ltd (ASX:AST) is headquartered in Southbank, Australia. AST is one of the leading players in the country’s energy sector and operates in gas and electricity distribution and transmission.

On Tuesday, the energy sector player agreed to grant due diligence access to APA Group following its entry into a confidentiality deed.

MUST WATCH: How to turn your window panes into Transparent solar panels?

The solar energy industry has made tremendous growth in the past few years as investors are more cautiously choosing companies supporting the environment.