The Transylvania prospect, located 5km south of the Crown Prince and Lydia gold deposits, is a part of the company’s flagship Garden Gully Project. The latest assay results bolster the potential for high-grade supergene mineralisation at shallow depth along the 180m+ strike, which is open in both directions and located above the gold mineralisation intersected at depth previously. The latest assay results include gold grades up to 10.37 g/t.

In fact, the high-grade intersections align well with the company’s near-term focus to develop the shallow gold mineralisation at low cost, and subsequently explore large gold and base metals opportunities. 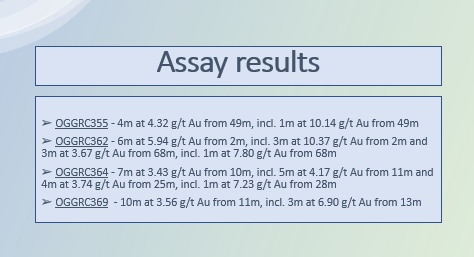 Ora Gold aims to explore and conduct pre-production activities at the Abbotts and Garden Gully project in Western Australia. The Meekatharra region boasts of a rich gold mining history with a historical production of more than seven million ounces of the precious metal. Ora Gold believes the presence of two operational plants within ~30 km from the Garden Gully project underpins the company’s strategy to establish a gold operation. 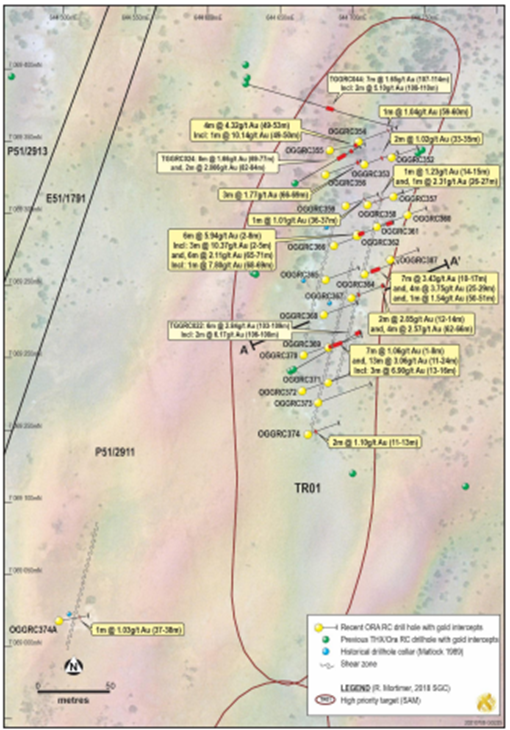 A 1,617m drilling program consisting of 24 short holes was undertaken at Transylvania with a majority of holes striking mineralised shear zones trending north-north with steep westerly dips. All RC holes drilled during the drilling program were inclined and drilled north-easterly.

The central section of the sub-audio magnetic (SAM) target was tested during the latest drilling program and was defined over historical old mine workings. In fact, one of the holes was drilled to test another shear zone, 200m south-west of the main area.

Previously in 1989, Matlock-Kestrel had conducted three lines of shallow drill holes, recording numerous supergene gold intersections. In 2016, Ora Gold took over the tenements from Zeus and ever since has intersected numerous deep reverse circulation holes intersecting the primary mineralisation. Previous drill results comprised intercepts such as 8m with 3.2 g/t gold from 67m, which including 3m at 8.08 g/t Au.

The high-grade shallow gold intercepts from the recent RC drilling program underpins the company’s strategy to conduct exploration and pre-production activities at the Abbotts and Garden Gully tenements.