The agriculture sector, despite its continued demand, was not immune to the ill effects of the pandemic over the previous year. The sector saw lay-offs, furloughs, and restrictions, which hampered the trade flow. The Wine industry, from which Australia benefits immensely, saw a downturn as international borders were closed. 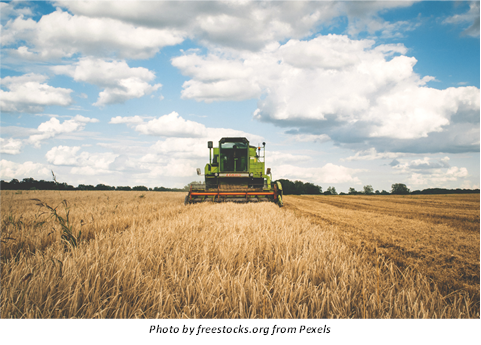 The shutdown of restaurants and eateries added to the adversities faced by the agricultural sector. Additionally, changing consumer patterns make the markets for crops susceptible to fluctuations. The shift to veganism and organic alternatives, as well as gluten-free products, has created the need for agribusinesses to constantly keep developing.

Here are 5 agribusiness stocks that fared well over the past one month:

Digital Wine Ventures invests in technology-driven businesses, servicing the wine and beverage industry with the global range of customers. The company does not have primary business in the wine manufacturing sector. However, it operates as a venture capital company.

The company owns a wine-ordering platform called WineDepot, which recently saw a tie-up with the world’s largest wine app and marketplace Vivino. The company’s continued growth has led to a share price uptick of 26% within just a period one month.

The company also secured AUD 2.4 million acquisition of Wine Delivery Australia, bringing 186 new brands and associated products to its online marketplace. These developments have generated revenues worth AUD 1.5 million in the 2020 financial year for the company.

Treasury Wines Estates is a global winemaking and wine distribution company, headquartered in Melbourne. During the pandemic, the company’s share prices saw a slowdown. However, prices swiftly picked up after the company reported its financials for the first half of FY21.

The company reported a boost in its e-commerce and retail channels. This reflected a shift in consumer’s preference towards in-home consumption of well-known brands.

However, this increased growth failed to translate into increased profits during the half-year period. The EBITS fell by 23%, while underlying NPAT also fell by 24% to AUD 175.3 million. However, as international borders have reopened, speculations remain optimistic for the wine industry.

Namoi Cotton started as a small group of cotton growers in NSW. Over time, the agribusiness has made a global presence of its cotton marketing business through its joint venture with Louis Dreyfus Company. The company also trades cotton seeds domestically and internationally.

The year 2020 saw Namoi entering into a new agreement with Louis Dreyfus, which refocused the company’s activity on cotton ginning and marketing. The venture is likely to reduce the company’s exposure to cotton lint trading and associated debt.

Namoi was one of the top agribusiness gainers in the stock market as its shares went up almost 14% in the last month itself. The company is currently trading at AUD 0.33 per share, much higher than previous month’s close of AUD 0.28 per share.

Australian Agricultural Company is one of the largest and oldest integrated cattle and beef producers in Australia. The company has progressed on to hold a substantial proportion of properties, feedlots and farms comprising 6.4 million hectares of land in Queensland and Northern Territory.

The company reported an operating profit of AUD 23.5 million during the first half of FY21. The statutory EBITDA was AUD 15 million, a significant improvement over previous year’s first-half negative EBITDA of AUD 3.4 million.

AAC’s branded beef strategy helped bring in revenues even during the pandemic. The company was able to bring in direct customer sales through its digital channel and virtual cooking classes.

The company’s stock market performance has been promising over the past one month as share prices went up 4.5% during the period. AAC is currently trading at AUD 1.16 per share.

Elders has a diversified business profile, catering to the needs of primary producers. The company is involved in the provision of finance, banking, and real estate as well as wool, grain, and livestock trading.

The company managed to give strong financial performance during FY20, without availing the JobKeeper support from the government. The underlying EBIT was up 62% during the period to reach AUD 119.4 million.

The company has seen favourable performance in its retail sector as well as real estate services.