NetLinkz Limited (ASX: NET) has created a globally patented and award-winning technology, i.e. the Virtual Invisible Network (VIN), which allows organisations and individuals to connect sites, devices and staff over the Internet, including providing connectivity as part of the Internet of Things (IoT) through an invisible unique network solution. It has received many awards and accolades for its technology, along with a coveted title of Worldwide Winner in the ‘Global Security Challenge'. It has several distribution reseller contracts with China Telecom Wuxi selling its VIN and VSP technology.

Today, on June 27, 2019, the stock of NetLinkz Limited rose 11.111% post company’s announcement that it has received cash proceeds of $0.16 Mn for the sale of Virtual Invisible Network (VIN) as a replacement product from its pilot program with China Telecom Wuxi for the period October 2018 to March 2019, from its China reseller based in Hong Kong and its China-based agent ‘JASTVIN.’

The sales of the Virtual Invisible Network (VIN) replacement product through JASTVIN will now continue through 51 cities in China. This structure will help the company to grab additional sales and revenue opportunity and will assist it in estimating and providing sales and revenue guidance to the market.

In another update, NET announced that Blue Tech Inc has successfully completed the Lab testing of the latest version of NetLinkz software.

March ‘19 Quarter Key Highlights: NetLinkz reported a cash balance of $0.063 million at March 31, 2019. The net operating cash flow for the quarter was $0.38 million (significantly reduced from the previous quarter spend of $0.596 million as many of the costs were absorbed by the Chinese resellers). There continues to be a high R&D spend, reflecting the ongoing development and enhancement of the company’s software (Virtual Invisible Network; known as VIN or the Product) to meet the demand of the Chinese market. On March 1, 2019, NetLinkz announced an agreement with iSoftStone, establishing an Internet of Things (IoT) Lab in Beijing to support an accelerated program for large-scale usage. iSoftStone has lab tested the product and over the next six months will expand into mobile devices and deploy a secure hybrid cloud solution.

The IoT Lab will continue to enhance the VPN replacement product and develop an SD WAN solution for Cloud/IoT/5G, but NetLinkz is shifting its focus from telecommunication operators to the larger cloud service providers to support a roll-out of the product in China. During this quarter, NetLinkz appointed Mr Zhang (Senior President China Telecom Wuxi) as its China-based Director to the Board of Directors. At the same time, Ms Xiaowen Shi has stepped off the Board. Mr Zhang has over 30 years of extensive experience in the technology sectors in China and will be invaluable in implementing a national distribution strategy for its software products in China. The company also announced a change in the Company Secretary, appointing Sydney-based Mr Robert Lees. Following the success in Wuxi, NET announced on March 14, 2019, that Blue Tech Inc., which is based in California, the United States of America, will begin lab testing of the Cyber Security functionality of the latest version of NetLinkz software. If satisfied with the test results, Blue Tech will offer the software to their US Federal customer base for use in Cloud, SD WAN and IoT security solutions.

On 31st January 2019, NetLinkz announced that it had secured a three year $29 Mn Facility from GEM Global, and the next quarter will see the company issue a draw down notice, which will provide working capital of $6.2 Mn. Consonant with the recent announcements, NetLinkz has not drawn on the QMAC Facility. The settlement has been reached for the repayment of the loan and the release of the charge. 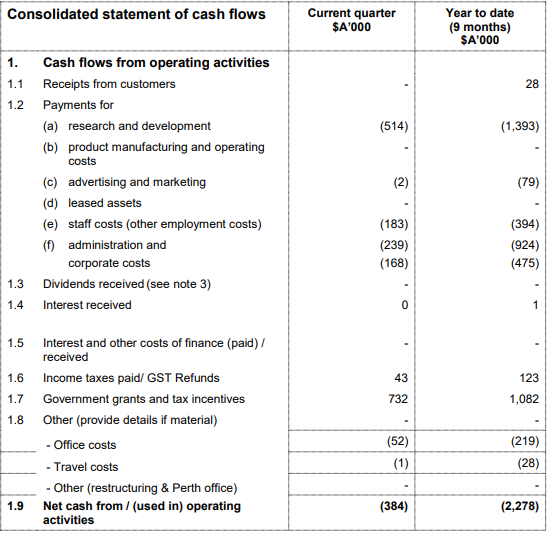 H1FY19 Key Highlights: NetLinkz has been focussed on the ongoing development, testing and commercialisation of the company’s software, the VIN, and marketing the software as a cloud-based invisible mesh network connecting devices securely (via encryption) (VSP). The software is evolutionary, in that, it introduces the ability to create a new, fast and secure Local Area Network (LAN) fabric over a Wide Area Network (WAN). The LAN fabric is extremely adaptive and fluid and can be stretched to any ‘shape’ while achieving the same efficiencies and benefits as a traditional LAN typically found in a home or office environment without the need for hardware such as routers and servers.

Since the roll out of the pilot program to various cities in Jiangsu Province, the feedback and feature requests necessitated the redevelopment of the User Interface and Core to enhance software user experience and increase core stability and scalability. Now complete, phase 2 is underway, where it will focus on scalability expansion, delivery of new features, mobility and IoT. In support of this, China Telecom has confirmed NetLinkz’ product as an integral part of its own cloud strategy and has extended the Xinwu pilot program to three new cities in Jiangsu Province. Various reseller agreements have now been signed in cities in the Jiangsu Province and a Joint Venture is underway with a strategic party in Nanjing to establish a Product Demonstration Lab and exhibition centre for the VIN and VSP in the Tianan IoT Park in Qinhuai District, Nanjing.

Importantly, the contributed equity increased by $3,796,550 less capital raising costs of $60,064 (from $34,462,142 to $38,198,628) as a result of issue of shares from placement and options exercised. Details of the changes in contributed equity are disclosed in Note 6 to the financial statements. NetLinkz has not drawn on the QMAC facility during this half year. It should be noted that there will be no further drawdowns from the QMAC facility as the Resolution proposed at the EGM in June 2018 to issue options as per the finance facility terms was not carried. As a consequence, this has limited the facility to the current drawdown amount of US$975,000 due to be repaid in August 2020.

The company has recently signed an agreement with GEM Global Yield Fund LLC SCS and GEM (Global Emerging Markets) Investment America LLC (GEM), an alternative New York-based private investment group, which has agreed to provide the company with up to $29 million through a Share Issuance Funding Facility over the next 36 months, as announced in January 2019. These funds will help NET to focus on investments in the resellers and thus generate the sales footprint throughout all of China. Strategic Capital Management Limited (SCM) will continue to provide support to NetLinkz and assist the company with strategic capital placements to investors to ensure that the company meets its financial obligations during this half-year. However, in the next quarter, NetLinkz will engage with a third-party Corporate Advisor to strengthen corporate operating and reporting functions. The funding facility with GEM will provide the company with access to more institutional investors with regard to future placements and funding. 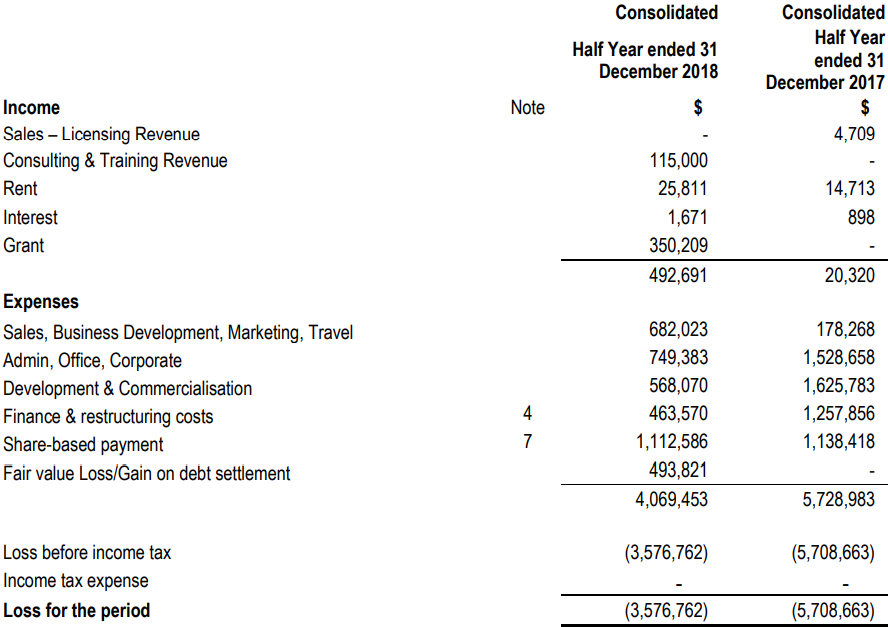