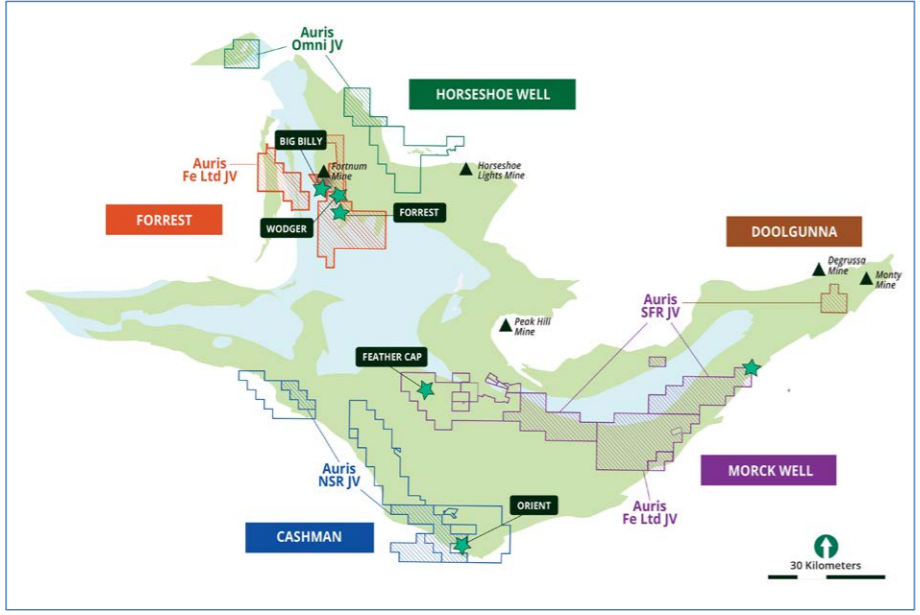 According to the recent quarterly report, the company has received results for seven RC drill holes (FPRC023-031) for 1,742 metres and 10 RC drill holes (WDRC011-020) for 2,182 metres drilled at the Forrest and Wodger Prospects, respectively.

The drill hole FPRC029 at the Forrest Prospect has returned a highly significant result of:

The company also received highly significant results from two holes (WDRC015 and WDRC018) at the Wodger Prospect. The Hole WDRC015 has identified a significant mineralised zone:

The WDRC018 hole has also identified significant mineralization, which includes:

Recently, two diamond drill holes (FPDD001 and FPDD002) were completed at the Forrest Prospect, which reported a significant intercept, supporting the interpretation of a northern down-plunge extension to known copper mineralisation.

At the Wodger Prospect, the company has completed a total of 623.1 metres of diamond drilling comprising one diamond hole and one diamond tail, (WRDD005 and WDRCD020, respectively).

The company now requires an additional diamond drilling at both the Forrest and Wodger Prospects to further evaluate their respective interpreted northerly and north-westerly plunges to copper mineralisation at depth.

In Morck Well JV (Farm-in Agreement between Auris and Sandfire Resources NL in relation to the Morck Well East and Doolgunna Projects), Sandfire has the right to earn a 70% interest in the projects upon completion of a Feasibility Study, while Auris manages exploration on all other tenements, including those that are subject to arrangements with third parties. With a spend of $9.4 million till date, the company has completed 1 DD hole, 8 RC drill holes and 134 aircore drill holes.

The company is undergoing Geological and geophysical interpretations for the Cashman as well as Horseshoe Project.

The cash position of the company at the end of March quarter stands at $1.98 million.