Clinical-stage biopharmaceutical company, Dimerix Limited (ASX: DXB) is engaged in developing new therapies for the unmet requirements of the medicine market all over the world. On 26 June 2019, Dimerix announced an update related to the Phase 2 clinical studies, and initiation of recruitment at Linear Clinical Research in Western Australia after strong interest from patients living in Western Australia.

As per the announcement, DMX-200 for FSGS and DMX-200 for Diabetic Kidney Disease are the phase 2 studies currently underway, and the pharma company is funded to complete both the studies. Also, it has been anticipated that completion would be impacted due to some eligible patients, must be transitioned onto Irbesartan for minimum three months prior to starting studies. Furthermore, the full treatment effect of DMX-200 would be observed during the study; however, the period of baseline treatment with the current standard of care treatment for both diabetic and FSGS patients would be critical for the observation of DMX-200.

It was also reported that due to the requests of physicians and patients, Linear Clinical Research had been opened in Western Australia; this would allow recruiting the remaining patents for the studies. Dimerix is anticipating the results in Q2 for both studies.

According to the release, the study would engage the participants in a 16 weeks propagermanium and a 16 weeks placebo, which would be separated by a 6-week washout period for the participants. Also, the safety & efficacy of DMX-200 in patients with FSGS, who are receiving a stable dose of irbesartan would be evaluated during double-blind through a placebo-controlled crossover study. Dimerix is expecting to complete the recruitment in July 2019. 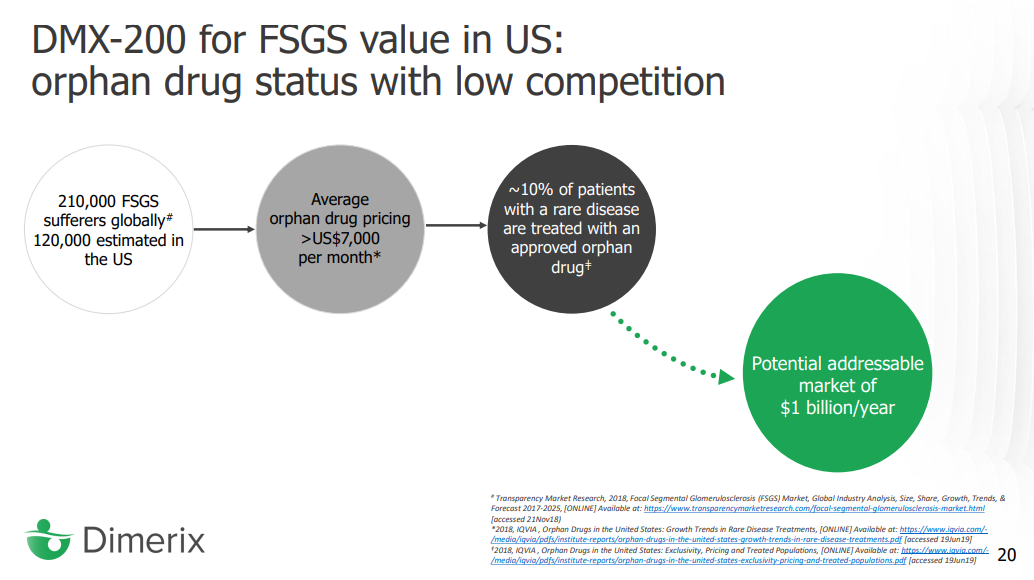 According to the release, the study would engage the participants in a 12 weeks propagermanium and 12 weeks placebo period, which would be separated by a 6-week washout period. Further, the safety & efficacy of DMX-200 in patients with diabetic kidney disease, who are receiving a stable dose of irbesartan would be evaluated during double-blind through a placebo-controlled crossover study. It was reported that the study is 80% recruited, and the first diabetic kidney disease patient is expected to complete the treatment in June 2019. 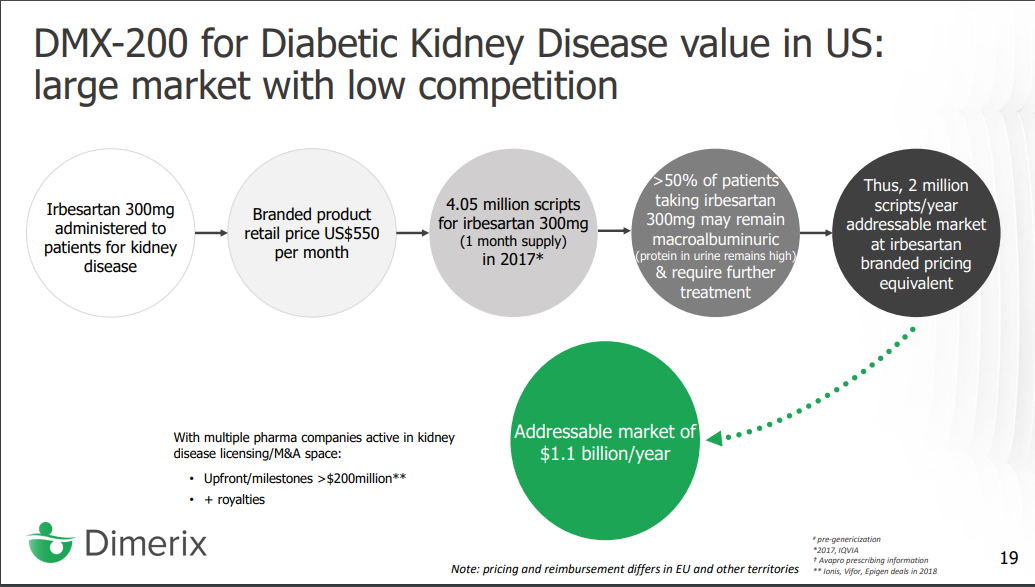 Dr Nina Webster, Managing Director & CEO of Dimerix, stated that the company is pleased to present the opportunity for Western Australian patients to take part in the trials at Linear Clinical Research. She further the trial is close to achieving full recruitment, and these results would provide further clinical data for the company’s regulatory and partnering strategy

Rhythm Biosciences Limited (ASX: RHY) is engaged in developing and commercialising a medical device for the early detection of colorectal cancer, and the lead product of the company is ColoSTAT®.

On 26 June 2019, Rhythm Biosciences announced that the lead product ColoSTAT® would be used in a clinical trial at The Alfred Hospital, Melbourne. It was reported that the product is used in the early detection of colorectal cancer through a blood test, and the device is intended to be of low cost and for the worldwide market. It was also reported that the initial patients would be enrolled by the above-mentioned hospital in the coming months.

As per the release, the trial involves a prospective, cross-sectional and multi-centre study to evaluate the diagnostic performance of the ColoSTAT® in vitro diagnostic relative to colonoscopy (primary endpoint). Further, secondary endpoints involve evaluating the ability of ColoSTAT® to detect advanced adenomas. In addition to this, the secondary endpoint would also detect a comparative performance of ColoSTAT® & Faecal Immune Test (FIT) (current treatment). Lastly, the detection of advanced adenomas and comparative performance are relative to colonoscopy.

It was reported that the Rhythm Biosciences expects to complete the study by the end of CY19, and the trial would underpin the developments pertaining to CE Mark & TGA registration of ColoSTAT®. In addition to this, the trial would also support the approval for the market in Australia and Europe in 2020.

The Alfred Hospital is a leading hospital in Melbourne, and it is also located in Prahran, Caulfield and Sandringham. Reportedly, Associate Professor, Gregor Brown, Head of Endoscopy, has been appointed as the principal investigator for the trial. Also, Mr Brown is a well-known professional recognised for his research in improving g colonoscopy techniques. 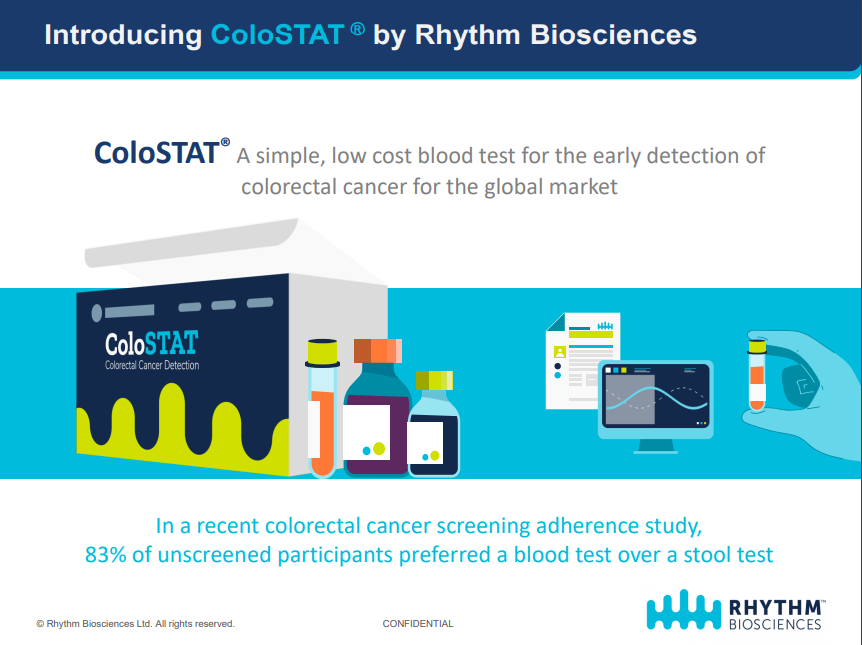 Glenn Gilbert, CEO of Rhythm Bioscience, stated that the Alfred Hospital had demonstrated the support to clinical trial and deep expertise in colonoscopic research. He also mentioned that collaborating with the hospital enhances the credibility of the trial, and the company would be looking forward to the trial and results.

Clinical stage biopharma company, Bionomics Limited (ASX: BNO) is engaged in developing a deep pipeline of best in class novel drug candidates through its proprietary platform technology. Following the release of the results from the exploratory trial.

On 26 June 2019, the company announced top-line results from the exploratory trial of BNC210 pertaining to the treatment of agitation in elderly patients. As per the release, the results from the trial indicated – BNC210 treatment did not differentiate from placebo on the primary & secondary efficacy endpoints. Also, the comparison of mean peak daily Pittsburgh Agitation Scale scores reflected a gradual improvement for both BNC210 and placebo over the 5-day treatment period, but without evidence of a treatment effect.

Professor Paul Rolan, Bionomics Consultant Chief Medical Officer, accepted that the trial results did not support further development of BNC210 for the treatment of agitation. However, he stated that BNC210’s safety profile and its potential to cure post-traumatic stress disorder, which was demonstrated by pharmacometric exposure-response modelling, enables the company to confidently pursue PTSD, as the predicted blood exposure levels by the modelling analysis appear achievable. 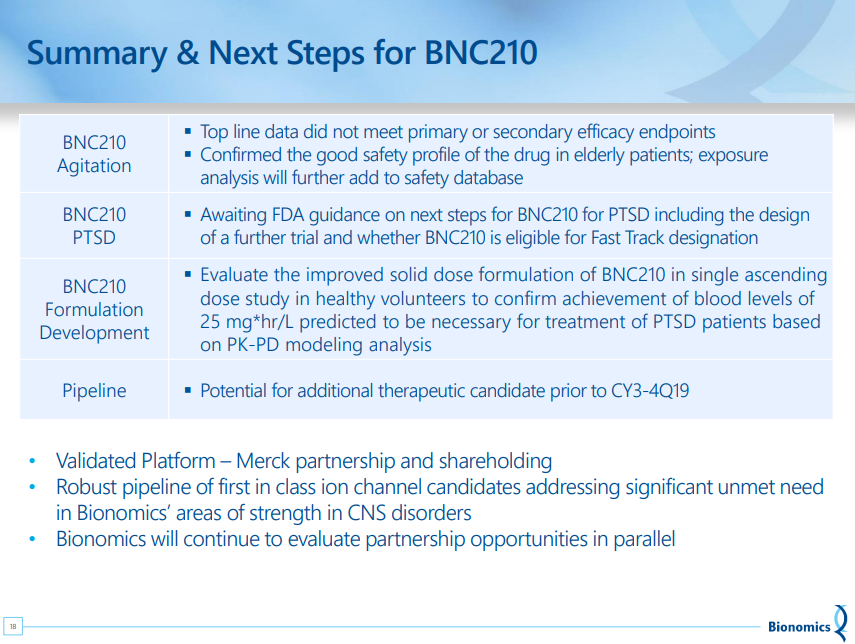 Following the feedback from potential partners and investors, Bionomics would invest in an ascending dose study in the healthy volunteers to reflect that blood levels of BNC210 would meet the primary endpoints for efficacy in treating PTSD in any upcoming trial, which would be achievable using the new solid dose formulation. It was reported that the cost of this study is estimated at $300,000, and results are anticipated by early CY4Q 2019.