The energy sector is a significant group contributing towards the growth and development of an economy. Australia is naturally gifted with oil & gas and renewable energy resources, that lies within its rich soil. Counted amongst the world’s most proficient and developing economies, the country is encompassing an optimistic paradigm shift in the energy sector, driven by resources and technology. The sector is highly looked upon by investors who keep an eagle eye for making investments in the energy stocks to generate good returns.

Before diving into few players of the energy space trading on the Australian Securities Exchange, let us understand the concept of energy stocks:

What are energy stocks?

The category of stocks that trade for companies which are associated with the production and supply of different forms of energy are referred to as energy stocks. They could be involved in the exploration and development of gas and oil reserves, drilling and refining of oil and gas, renewable energy-based power utility companies and ones linked to the non-renewable sources of energy like coal.

In the recent times, the energy sector has been in news in the Australian context for discussions and anticipations regarding the crude oil prices across the world, trade negotiations and the impact that the rate-cuts would have on this sector.

Let us look at the recent stock performance and updates from some of the large cap energy companies, trading on the ASX:

Company Profile: Listed on ASX in 1971, WPL is into the business of management and operation of hydrocarbon exploration, manufacturing and development, transportation and marketing; implementation and operation of the North West Shelf Gas Project. The company is also engaged in the exploration and development of gas, oil and condensate reserves. It has its registered office in Perth and is tagged as the largest Australian natural gas producer. WPL is one of the leading companies in the LNG industry in the country and has the Pluto LNG business representing it.

Investor Site Visit 2019: On 24 June 2019, the company conducted a site visit for investors and analysts to its operational facilities at Karratha. It notified its audience that it was working towards cash generation in the period of 2017–2021, to be followed by unlocking value in 2022–2026 and repeat of its success from 2027.

The company also unveiled that it is in the process of creating the Burrup Hub to deliver into the expected LNG supply gap. It is creating value through technology by developing intelligent assets like automation, developing data analytics and robotics. Few of its upcoming milestones include Scarborough and Pluto LNG Train 2, NWS project and SNE Phase 1. 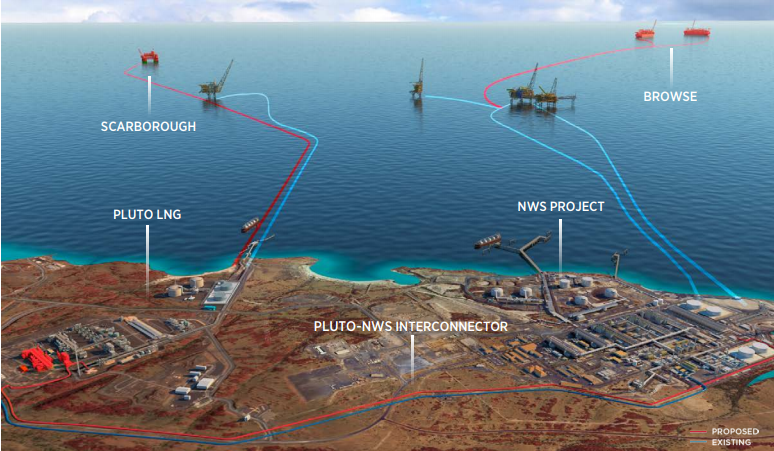 WPL also informed the market on the same day that it had completed additional work at Pluto LNG and restarted the LNG production.

Company Profile: A natural gas company in the Aussie land and listed on ASX back in 1954, STO is into the gas and petroleum exploration business. It also produces and treats natural gas, crude oil, condensate, naphtha and liquid petroleum gas. Moreover, the company is engaged in the transportation of crude oil by pipeline. Additionally, it undertakes marketing activities. STO’s registered office is in Adelaide and the business spread is across Australia and Asia.

Mahalo Initial Development Plan Update: On 8 July 2019, Comet Ridge Limited (ASX: COI) announced an update on the field development of Mahalo, located in central Queensland. Under the Mahalo Joint Venture, Comet Ridge holds a 40 per cent stake, while each of Santos and APLNG account for 30 percent.

According to the Comet announcement, the JV, which was working towards the submission of the Initial Development Plan to the government, reached agreement on a number of key inputs and expect to finalise other inputs in July 2019.

The JV has agreed on including a series of mostly dual lateral wells under the initial development, targeting the Castor and Pollux Seams and sizing the modular gas plant for 80 TJ/d gas capacity. Moreover, the partners decided to implement a modular compression concept, have an approximate 65km pipeline connection, and submit the key federal and state government applications.

The partners are expected to take an FID in June 2020. Santos is serving as an exploration operator in the JV. 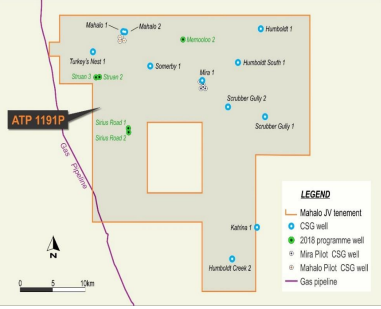 New negotiations: On 27 June 2019, Santos informed that the Barossa Joint Venture and the Darwin LNG JV have reached exclusive negotiations concerning the backfill gas delivery. The company is a JV partner in Darwin LNG with an 11.5 per cent interest.

Company Profile: A player in the energy space, CTX is into the purchase, refining, distribution, and marketing of petroleum products and the operation of convenience stores. It was listed on ASX in 1980 and has its registered office in Sydney. The company is tagged as Australia’s largest fuel network.

Unaudited profit guidance for H119: On 20 June 2019, the company announced the unaudited profit guidance for the first half of 2019. It admitted that it was facing adversities in macro-economic conditions arising from the slowdown of the Aussie economy, high crude prices and low refining margins. MD and CEO Julian Segal stated that the company had still managed to perform fairly under these adverse conditions and had gained market share in the retail market.

First Quarter Trading Update: On 9 May 2019, the company released its 2019 first quarter result, depicting that average Caltex Refiner Margin in April was US$ 10.96 per barrel, which was beyond the 1Q 2019 average of US$ 7.53 per barrel. The CRM sales from production in April were 440 ML.

Company Profile: A producer, distributor and supplier of petroleum products to retail and commercial customers, VEA was listed on ASX in 2018 and has its registered office in Docklands. It owns the Geelong Refinery, which is one of the only four refineries in Australia and supplies more than 10 per cent of the country’s fuel, and over half the fuel used in Victoria. The company employs ~700 people and has ~ 1,250 service stations across the country.

Stock Performance: After the close of business on 12 July 2019, the company’s stock was valued at A$ 2.220, 0.448 per cent down relative to its last trade, with a market cap of A$ 4.34 billion and approximately 1.94 billion outstanding shares. Its stock has generated negative returns of 1.76 per cent and 7.08 per cent in the last one and three months, respectively. The YTD of the stock is a positive 27.79 per cent.