Since the introduction of technology in the life of human, their standard of living and working style has changed and paced up. As the use of technology in everyoneâs life has increased, it also leads to decrease in the work timing. Advanced technologies like Artificial intelligence, Wi-Fi, payment technology have made life easier by reducing the time spend on daily activities and improving overall performance. On the investor front, investing technology might lead to creation of a wealth over the span of time. In the below article we will be discussing about some of the different technology companies, handling various businesses like parking management, intelligent traffic management, marketing and sale of traffic lights etc.

Smart Parking Limited (ASX: SPZ), listed on ASX in 2011. Its primarily involved in provisioning of parking management solutions, predominantly servicing the retail sector, managing agents as well as landowners in Australia and UK. The company recently announced that Paul Gillespie has made a change to its holding in the company by acquiring 265,209 ordinary shares under employee share scheme on 8th November 2019.

The company has continued to make investment in sales, marketing as well as R&D to support its growth strategy. 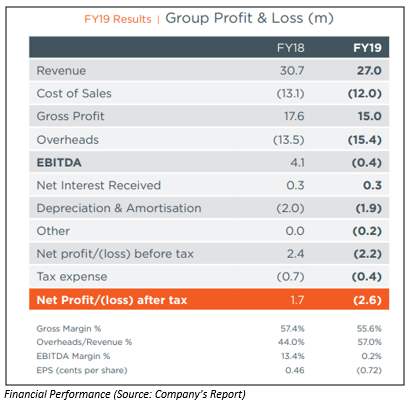 The company recently notified the market participants that Redflex Traffic Systems, Inc., which happens to be the US subsidiary of the company has entered into a major agreement with the Los Angeles County Metropolitan Transportation Authority in California for giving photo enforcement as well as violation processing services.

The tenure of the agreement initially is for 8 years and is anticipated to deliver around USD 25.4 million in revenue in the initial tenure of the contract.

In another update, the company announced that it has issued 786,174 options to Chief Executive Officer and Managing Director of the company Mr Mark J. Talbot following the approval from at shareholder at 2019 AGM.

Traffic Technologies Ltd (ASX: TTI) provides several products and services to the traffic industry. The company is having major presence in the development, marketing and sale of traffic lights. The company recently announced that Mr Robert Minney has made a change to his substantial holdings in the company on 2nd October 2019 and the current voting power stands at 11.6% as compared to the previous voting power of 10.4%.

Also Read: Trading Update by the company with respect to market conditions.

ClearVue Technologies Limited (ASX: CPV) is engaged in the research and development activities, which are applied for transforming a glass building into a solar panel.

Also Read: How the Solar PV IGU Product of the company has been granted a UL certification?

Xref Limited (ASX: XF1) is involved in the development of human resources technology. It helps in automating the candidate reference process for employers. The company recently announced that in order to raise $3,476,000 before costs via a placement of 10,533,333 fully paid ordinary shares, it has received commitment from institutional and professional investors.

The company would be utlising the net proceeds of the placement to support further growth of the company which include additional sales and marketing capability, technology development and working capital requirements as well as other general corporate purposes.