Via dividend yield, the amount of cash is measured that an investor gets for each dollar he/she has invested on that particular stock. It can also be referred as the return on investment for stocks with no capital gains.

In this article, we would be discussing recent updates of six ASX-listed stocks with above average dividend yield.

Iress Limited (ASX: IRE), a provider of IT solutions to financial market participants as well as wealth managers, has a dividend yield of 3.73%, as on 03 September 2019. The shares of IRE opened at a price of A$12.20, slightly below its previous closing price. By the end of the dayâs trading on 03 September 2019, the closing price of the stock was A$12.160, down by 1.379% as compared to its last closing price. Iress has a market cap of A$2.15 billion with approximately 174.75 million outstanding shares and a PE ratio of 33.870x. 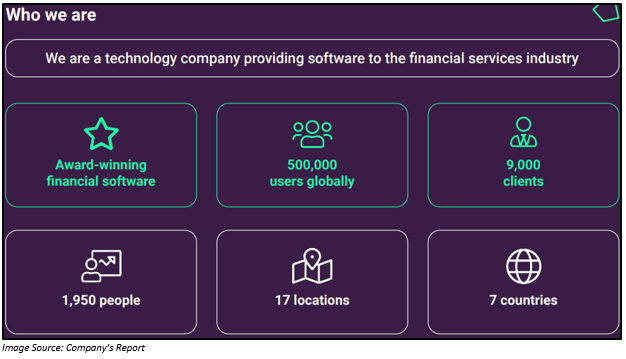 Recently, on 23 August 2019, IRE released its 1H 2019 for the half year ended 30 June 2019. The company reported a 5% increase in its group revenue on a constant currency basis and a 10% growth in segment profit as compared to the previous corresponding period. The growth in revenue was the outcome of underlying performance in Australia, the United Kingdom as well as South Africa. The revenue was also driven by the acquisition of international market data business QuantHouse. The decline in net profit after tax was attributed to the adoption of the new lease accounting standard AASB16, QuantHouseâs acquisition along with the increased share-based payments after the changes to the remuneration models in recent years. However, excluding the new leasing standard and QuantHouse, there was a 2% growth in NPAT.

The company declared an interim dividend of 16 cents per share. Its fundamentals remained strong during the period with cash conversion of 100%, recurring revenue of circa 90% and net debt balance of $193.3 million, which represents a conservative debt ratio of 1.3x segment profit.

The company expects segment profit growth for 2019 to be in line with the guidance provided in February 2019. This also included new accounting standards and excluded QuantHouse.

Recently, the company had represented its solid FY2019 results for the year ended 30 June 2019. Its revenue increased by 19.8% to $1.4 billion, with product revenue and services revenue increasing by 21.3% to $1,167.4 million and 13.3% to $246.9 million, respectively. The company also registered strong growth in public cloud revenues, which grew by 35.3% to $362.2 million during the period. NPAT after excluding minority interests increased by 28.7% to $18.1 million. The directors of the company declared a final fully franked dividend of 7.10 cents per share. Thus, the total dividend for FY2019 stands at 10.70 cents per share fully franked. 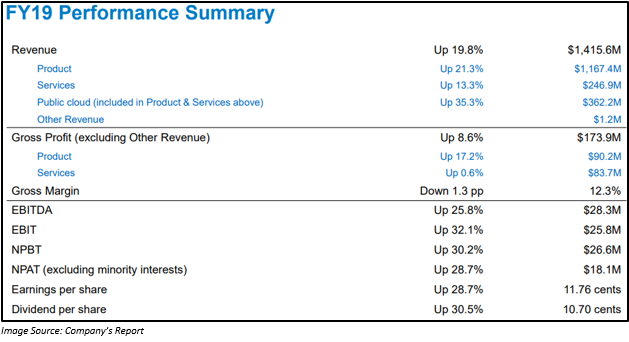 DTL based on the ongoing growth in the Australian IT market believes that it would be well placed to capitalise on the opportunities. Moreover, DTL would continue to build its strength as well as improve its shareholder value. The overall financial goal of the company is delivering sustainable earnings growth.

DTL, on 30 August 2019, announced the appointment of Mark Esler to its board of directors. Mark Esler started his career at IBM in the year 1976 and played a number of roles before joining DTL in 1984 as an Executive Director. From 1997 to 2002, he served as the executive director and also played the senior management roles in sales and marketing, operations as well as supply chain before retiring from the position as Queensland General Manager in 2014.

Class Limited, on 20 August 2019, reported a 13% increase in operating revenue to $38.3 million and a 13% growth in EBITDA to $17.9 million in its FY2019 results announcement. Growth in revenue was majorly driven by continued account boost as well as partner initiatives. The partner revenue increased by 30% to $1.9 million. CL1âs SMSF market share increased by 1% to 28%. CL1 declared a final dividend of 2.5 cents per share (fully franked).

The position of total accounts of the company including 171,447 Self Managed Super Funds (SMSFs) on the Class Super products stood at 179,082 accounts. Class Portfolio as on 30 June 2019 stood at 7,635 accounts.

During the period, the company was the 2019 Investment Trends Winner. It also received 2019 Fintech Business Awards. The independent surveys along with these awards prove that CL1 provides the best cloud solution for SMSF administration. In order to accelerate market share growth and extend the lead over its competitors, the company feels that it needs to focus on the product development. For this, it would be working on improving its sales, marketing and product development capability for creating a gap between itself and its competitors.

Class Portfolio did not perform as per the expectation in FY2019. There were insufficient investments which indicate that the customerâs pain points were not addressed during the period. Now, the company has plans to expand its product suite with Class Trust, as trusts are the primary wealth vehicle apart from SMSF. The company would soon be launching a new product that would enable in increasing its addressable market.

The company would focus on lifting growth in the existing markets. It would also work towards the growth in new products and markets. 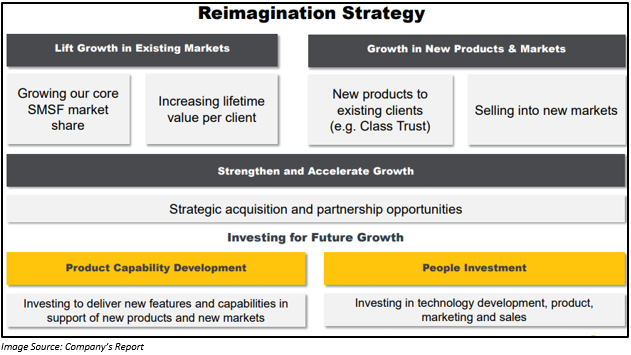 CL1 in FY2020 would be increasing its investments in product development and technical capability by 33% to $12 million. Moreover, the company expects material growth in revenue as well as EBITDA performance in FY2021 and beyond that.

Operating revenue of the company increased from $126.1 million in FY2018 to $163.5 million in FY2019, which was primarily driven by the acquisition of Projects Assured. Underlying EBITDA grew by 15.7% to $26.4 million. However, EPS declined from 12.1 cents in FY2018 to 7.8 cents in FY2019, which was the outcome of accounting treatment for costs related with the Projects Assured acquisition as well as investment in RPA and licensed products. The total billable consultants increased during the period and stood at 751 by 30 June 2019. It was driven by constant focus on productivity as well as management of consultant numbers and acquisition of Projects Assured. 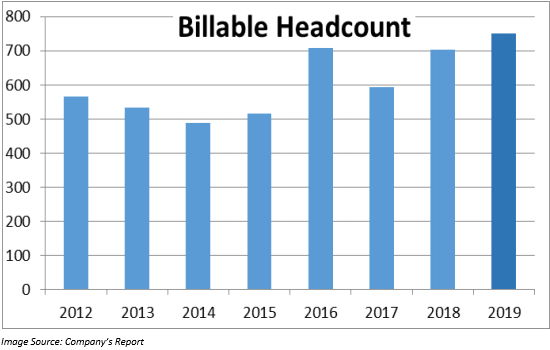 The period witnessed a strong cash flow which resulted in the reduction of net debt by $7 million in 1H 2019. The bank facilities also got extended for another 3 years. The board declared a fully franked interim dividend of 3 cents per share which would be paid to the shareholders on 18 September 2019.

Adacel Technologies Limited (ASX: ADA), a developer of advanced simulation and control systems for aviation and defence, has an annual dividend of 7.07%, as on 03 September 2019. The shares of ADA traded last on 02 September 2019 and closed at a price of A$0.495. ADA has a market cap of A$37.74 million and ~ 76.25 million outstanding shares. 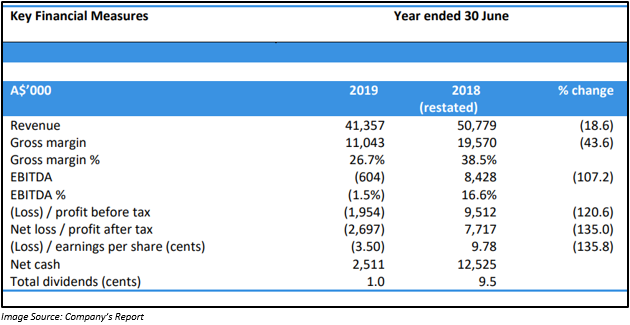