Reopening: Most UK Consumers Feel Safe in Returning to The High Street

The government’s successful widespread vaccination drive has made the reopening possible. As of 8 April, over 5.6 million people were fully vaccinated, receiving the mandated two doses, while 31.7 million have had received their first dose of the vaccine.

The vaccine rollout has imbibed confidence among the businesses and people in general. This was highlighted in the Deloitte monthly Global State of the Consumer Tracker, which was conducted in 18 countries between 25 and 31 March 2021, covering at least 1000 consumers in each country including the UK. According to the survey results, a majority of consumers had lower safety concerns in returning to the High Street, as against the last month’s results.

More than half of the surveyed consumers (56 per cent) feel safe returning to the High Street, which has improved by 16 percentage points since last month.  There’s good news for the restaurants as well. Over one third of (36 per cent) consumers are now feeling safe dining out at a restaurant. Also, over one third (38 per cent) of the consumer are preferring locally sourced items over others, even if they cost a little more.

Commenting on the survey findings, Ian Geddes, Deloitte’s head of retail, said that the increased number of consumers having fewer safety concerns in returning to the high street as compared to the last month is really encouraging.

There has been a lot of pent-up demand, with lockdowns providing an increased disposable income for many and that could act in favour of the non-essential high street retailers opening on 12 April. 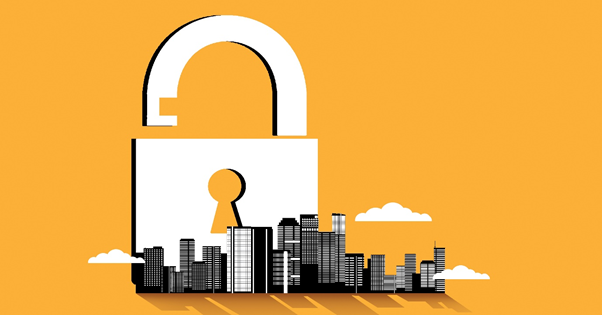 Let us focus on some non-essential retail businesses which will reopen from 12 April.

Marks and Spencer Group Plc (LON: MKS), which is into diversified retail had recently announced that it would start selling fashion brands of its rivals through its online channel to support its ailing clothing division. In its third quarter trading estimates, the company revealed strong trading performance during the Christmas period, though for the reported period, the total UK revenue on a constant currency declined by 8.2 per cent to £2,529 million. Segment-wise, while the Food business reported 2.2 per cent rise in revenue for the quarter, revenue for Clothing & Home was down by 25.1 per cent.

NEXT PLC (LON: NXT), another major diversified retail company of the UK, is eagerly waiting for the reopening. The company sometimes back had acquired a 25 per cent stake in the Reiss high street fashion chain. The deal touted to be worth £200 million can also see the company investing another £33 million for its growth as a part of the strategic partnership. In its year ending January 2021 financial results, the company reported profit before tax of £342million, which was in line with the guidance given during January trading updates. The company has expressed its optimism for the industry but expects a 20 per cent drop in sales (like-for-like) due to a major shift towards online shopping.