Oil majors BP Plc and Eni S.p.A. (BIT: ENI) are reportedly in talks for the merger of their oil and gas operations in Angola. If the plan succeeds, the two firms will one of the biggest energy companies in Africa, producing roughly 200,000 barrels of oil equivalent per day.

A company statement from British Petroleum said that the two firms have signed a non-binding Memorandum of Understanding (MoU) in this regard. They are also discussing the possibility of a self-funded joint venture (JV) that could consider their liquefied natural gas (LNG) facilities, it further stated. Financial advisors have already been appointed to raise funds for the new venture.

Media reports had suggested last month that Eni was mulling over spinning off its oil and gas operations in West Africa and the Middle East to lower its debt and shift towards a low-carbon energy business.

The Government of Angola has been informed about the aspirations of BP and Eni. Any final agreement would be subject to the applicable laws and regulations.

The two oil and gas companies have already been successfully running JVs in Norway, which would serve as a model for the new model in Angola.

Also Read: Is BP's New Take on Gas Aligned to Its Own Path to Net Zero Emissions? 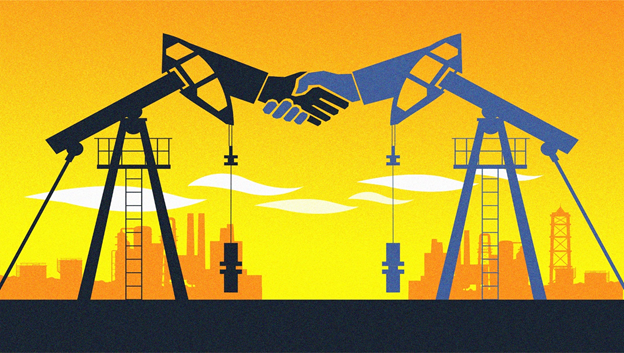 The new company’s business plan would focus on opportunities in exploration and development apart from a portfolio expansion, both across Angola and regionally as well. Priority areas for the new company management would be HSE performance, production efficiency and project delivery.

The JV would also honour the social investment commitments of both BP and ENI in the nation, apart from increasing the investment and growth in the basin.

One of the world's largest oil and gas firms BP operates across the two main segments: exploration & production and refining & marketing. The multinational firm boasts of strong market positions across key economies of the world.

The company released its first quarter 2021 results last month posting a profit of US$ 4,667 million for the three-month period, the company had an operational cash flow worth US$ 6,109 million at the end of the quarter. Its net debt at the end of Q1 2021 was US$ 33,313 million.

An integrated energy company based out of Italy, Eni is engaged in oil and gas exploration along with field development and production. Trading and shipping Natural gas, LNG, as well as electricity and fuel supply, are also part of its business.